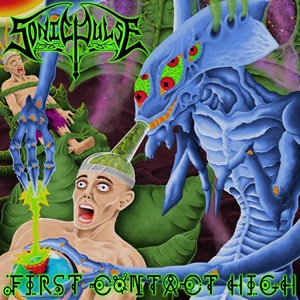 The 2.0 version of Massachusetts party power/thrash band Sonic Pulse gave the gift of the Adventure Metal EP for Christmas 2014, and since then have been performing as much as possible across New England and elsewhere on mini-tours – opening for GWAR, Symphony X, Overkill and other nationals in the process. Gearing up for a full-length follow up, a single release for First Contact High makes sense – serving up a brand-new track, a reworked version of “Defenders of the Good Times” from their previous recording, and an Andrew W.K. cover that embodies the crossover/ multi-platform energy these players live for.

“First Contact High” contains a relatively groovy opening riff for the band, the mid-tempo transitions and shredding aspects incorporating a lot of Megadeth meets Children of Bodom technical proficiencies, as Mick Mayer and Nick Petrino lay down some serious arpeggio shredding that weaves in and out of the speedy Kyle Larkins drumming. The lead break itself contains numerous back and forth/ harmonic possibilities, making for an entertaining Dragonforce/Firewind -like aural battle, as fellow New England metal axe masters like Epicenter’s Ryan Burke and Seven Spires’ Jack Kosto get into the action on this extended lead section – thousands of notes flying about in a sensory flood that surprisingly doesn’t overload. “Defenders…” has a little more harmonic action going on this time around during the early and middle instrumental sections – one of the long-time live set highlights for its Muncipal Waste/Alestorm oriented gang vocal action. The closing cover of “It’s Time to Party” showcases the more straightforward side of Sonic Pulse, wrestling up the rough, sandpaper-ish vocals from Mick as well as another guitar blitzkrieg from Petrino/Mayer before ending abruptly in a scant 1:53. Plus, what’s not to love regarding the Ian Hunter Tattoos art work – aliens ready to wake and bake the brain of their victims.

In a scant ten minutes and change, First Contact High proves the power/thrash abilities of these gentlemen are limitless – and their talent never goes unnoticed. 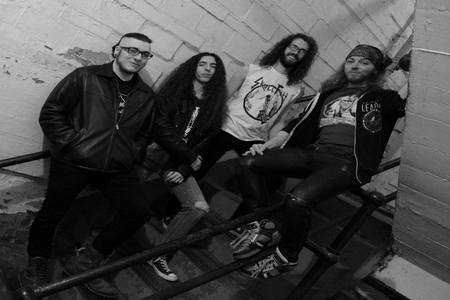 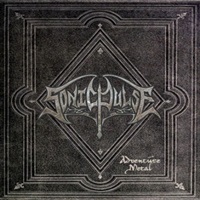