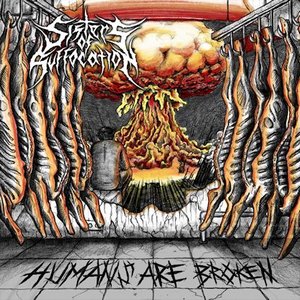 Brutal death metal act Sisters of Suffocation have been making greater strides with each release since 2016’s Brutal Queen. Their latest full-length Humans are Broken sees them making another leap, this time with Napalm Records at the helm to give them a bit stronger distribution and seemingly at just the right moment. Humans are Broken is their strongest moment to date, and one that is surprisingly more varied than one might expect it to be.

Humans are Broken is altogether brutal and merciless when it comes to the overall output. That has been the band’s mantra since the beginning, and the opening title track takes little time to prove the listener that they are steeped in influences from the best of the veterans (there’s a wicked Cannibal Corpse streak on this track). But what they have also done with each release is show that they are more than just ‘brutality for brutality’s sake.’ Considering the vitriol of the tracks, there’s still a wide breadth of directions that the songs take. “Wolves” bathes in melodic atmosphere at the right moments, “What We Create” has a killer retro-thrash riff sure to make you want to get up and move, “Liar” has moments of tranquility effectively sandwiched between dark and sinister riffs. That’s not even counting the times where they provide a small burst of technical stuff, or the few tracks that use a bit of spoken word/clean vocals (don’t worry, it’s nothing too ‘poppy’ – check out “The Objective”) to enhance the experience. So when they decide to really go all in on the savagery (“Blood on Blood” is aces in this regard), they have the ability to make sure that the listener is fully prepped to jump into the carnage as well.

Sure, Sisters of Suffocation capture the essence of the older, glory days of death metal with intense riffage and a visceral charge, but they don’t want to be left rotting in the past. Brutal but varied vocals, a sense of melody and technicality in the musicianship, and no shortage of blistering energy make Humans are Broken a real death metal treat. 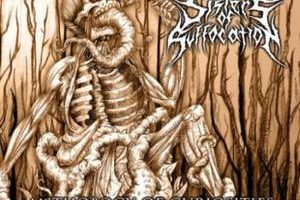