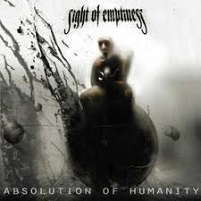 Quite the pedigree behind these unsigned Costa Rican melodic death metallers. Winners of the 2007 Bloodstock Open Air contest and the mastering services of in-demand producer Jens Borgen, the band certainly has the wares to the join the ranks of the signed. With Absolution of Humanity, Sight of Emptiness does an admirable job of re-creating the vaunted Gothenburg sound of yore, with mostly engaging results.

Thankfully, Borgen’s stamp isn’t all over this thing, which would be the obvious thing to do for an un-signed band. The man only handled mastering duties, so the band was able to avoid the usual trappings of having a big name to producer/mix (i.e. Colin Richardson, Frederick Nordstrom, etc.). Sound-wise, there’s not nearly enough polish, which works in the band’s favor, giving it a mid-90’s feel.

There are several Swede-happy moments here, namely the melodic runs during “Infected,” the Dimension Zero-esque extreme sprawl of “The Art of Suffering” and the long, hyper guitar

melodies of “Burning Silence,” which is probably the best song of the bunch. Going forward, the band would be best advised to branch out these melodic ideas, as they outweigh their rather boorish and simplistic brutal death metal angle.

Their geographical locale will surely help shed some light on their career trajectory (seriously, name another band from Costa Rica?), but Sight of Emptiness shouldn’t have a difficult time making their way through the melodic death metal field. Absolution of Humanity is a heady, self-aware album that gives nods to melo death’s past, which in turn, hopefully makes these guys part of its future. 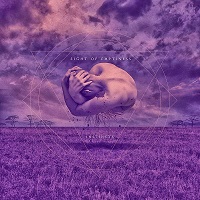