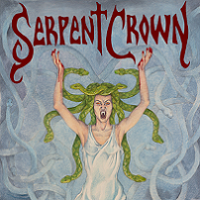 Prior to the release of this, their self-titled debut, Serpent Crown’s primarily claim to fame was that current Death Angel drummer Will Carroll was bashing the skins for the band during their formative years. Carroll left the outfit last year, presumably to pay full attention to his Death Angel duties, leaving the duo of bassist Dave Dinsmore and vocalist/guitarist/band figurehead Dara Santhai to soldier on. Seems like the drummer made the right choice – Serpent Crown isn’t quite ready for the big leagues based on the six songs on display.

Santhai is going to be a polarizing entity; a rare female in metal that doesn’t feel the need to use her looks as means of persuasion (good for her). Naturally, going in the opposite directions would help with album sales and Facebook likes, but the street-level feel of Serpent Crown’s thrash seems fitting of the presentation. Unfortunately, the band’s raw thrash blend is a few pieces away from making a whole, most notably Santhai’s vocals, which wear the listener down at will. Shame, ‘cause there’s some bristling riff/mosh action going down, like on “Prelude to the Netherworld,” which seems made for rocking.

Santhai attempts a more harmonious vocal style on “Children of the Night,” and it’s no coincidence it’s the song with the most potential. At any rate, peg these guys (and gal) as the female-fronted Early Man, another band with a similar approach to playing vintage thrash minus the Lombardo pounding. Ways to go in the improvement department for Serpent Crown, obviously. 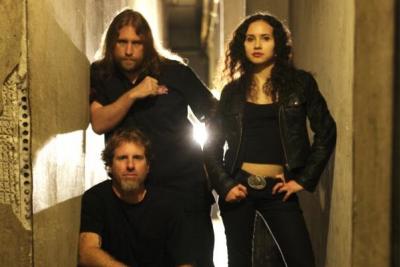