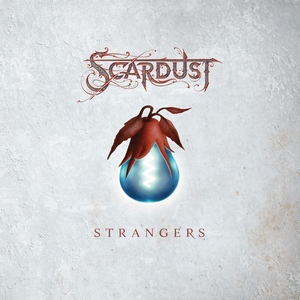 There’s always chatter about how metal is churning out ‘more of the same’ or that the progressive tag isn’t really ‘progressive’ anymore. If you fall into either of those jaded camps, you might want to tilt your ears up at the second release from Israel’s Scardust. It’s a riveting example of a band taking metal into some exciting new directions that are as charming and endearing as they are proggy and powerful.

What’s so great about Strangers then? The second the album starts with “Overture for the Estranged,” you’ll be hit with a choral arrangement that sounds like it could be the opening of a bit of theater or a musical. Not only does it introduce Noa Gruman’s fantastic vocals, but it really does an exceptional job of laying some groundwork before the playfully intricate riffing begins. There’s a grandiose and cinematic vibe that sticks around throughout the album, and even as “Overture” progresses it weaves between heavier moments and more proggy indulgences, and a few quieter segments. “Break the Ice” continues with that musical feeling, as Gruman’s vocals (occasionally augmented by choir) and strings eventually give way to heavier riffing without abandoning that theatrical vibe. “Tantibus II” then really takes off in more upbeat and soaring fashion, making for a gripping listen.

The addition of hurdy gurdy (courtesy of Patty Gurdy) on “Concrete Cages” gives the track a more folky/celtic flair, though the later basswork becomes a real attention-getter as well. That is one of Scardust’s strongest suits, truth be told. While they could have easily just relied upon Gruman’s stunning vocalwork, everyone gets their moments to shine. Chunky riffs and aggression can open a track like “Over,” but as the song zips between melodies and heavier moments, you can get a good feel for all of the instruments at play – and while the band is highly proficient and can play intricate notes all across the board and change tempos at the drop of a hat (see “Addicted”) the energetic feelings and accompanying choir assure that it stays rather grounded and enticing, even to the non-prog fan. Ending on the gentle “Mist,” the album gives you a bit of rest for reflection, avoiding more typical ballad territory for something more genuinely playful yet capturing that same intimacy – something that’ll make you want to dive right back into the album once again.

Scardust’s previous release, Sands of Time, was a bit of an underrated gem. Hopefully with the release, the secret is out for the band. Strangers is a listen that is coated in over-the-top musicianship but it tweaks it into something more enigmatic and special. Captivating from start to finish, it’s inventive and entirely fun in its execution.