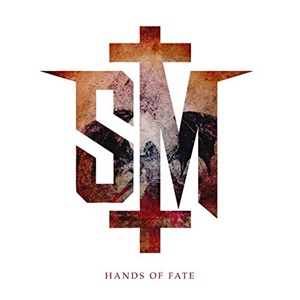 Continuing many of the themes that place this UK band right down the power/melodic thrash category, Savage Messiah proceed to their third record label for this fourth album Hands of Fate – hopeful to receive more of a worldwide uptick on the well-respected Century Media roster. Willing to record diverse covers from Diamond Head, Iron Maiden, Motörhead, and Metallica for a special double vinyl version of their last record The Fateful Dark, it really shouldn’t be much of a shock that the band continue to develop and perform in a relatable, melodic/hook-oriented platform for these ten songs – which can be distinction marker for some, while a deal-breaker for others.

Riffy measures burst from guitarists Dave Silver and Sam S Junior when necessary to remind listeners that this band can thrash when they want to– the power chords giving “Eat Your Heart Out” that mid-album energy elevation to get the blood pumping and adrenaline at peak performance. But for the most part, the dynamic diversity between cleaner, atmospheric measures wins out over the course of this set of tracks – right out of the gate the title track has those groove measures and chord progressions that align with the best material from Metallica circa the self-titled black record. The band just know how to sequence the guitar combinations, steady rhythm section work, and crunch in such a way that it’s hard not to become one with the music – “Solar Corona” and “The Crucible” two call-to-arms type of arrangements that elevate festival goers or fence sitters needing that heavy-handed, catchy cut or two. Add in the classic, sinister sneer of Dave Silver vocally (a clearer Dave Mustaine for reference sake) on another favorite “Blood Red Road”, clean production values, a simpler cover, and that added boost of power sensibility and you have the makings of a proper melodic thrash record that revels in distinction due to proper songwriting first, showcasing abilities second mentality.

Traditional metal people, old school power heads, and those who like their thrash a little more on the catchier side will find Hands of Fate to their liking – let’s hope enough interest increases some North American tour possibilities for these gents.