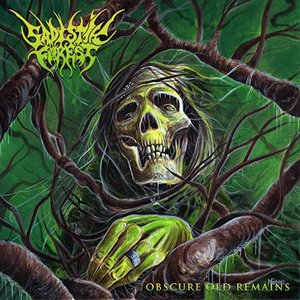 Looking back to Sadistik Forest’s 2018 release, Morbid Majesties, they did a solid job of firing up some old school death metal without making it into a “scene x” type of release (x = Swedish, Floridian, UK, etc). It also featured some snotty green artwork that grabbed the eyes on the cover. For Obscure Old Remains, delightfully both of these same positives are back (really do enjoy the green on the cover).

It’s only four songs for this one, but it’s old school death metal with all of the fixins.’ They can go hard with the faster tempos and provide a bulldozing experience or go into a mean, slimy groove that becomes murky to get through. On the murky side of things is the final track, “Waters Black,” which absolutely revels in slower territory and thick riffs. There’s that muddy, slimy quality to it (but with a solid production backing it up), with some lurking riffs giving some extra heaviness to the band. With the faster tempos, “Barbarian” hits the sweet spot with frantic riffs and a killer solo later on, going in for an almost disorienting (in a good way) display of furious energy.

Short but sweet, Obscure Old Remains still hits all of the marks you’d like an old school death metal release to. The band’s old school yet open approach keeps the band in a more fresh direction than many of their peers, and keeps the excitement up as they flow between frenetic aggression and throttling grooves. 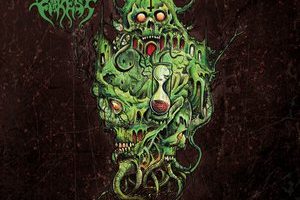