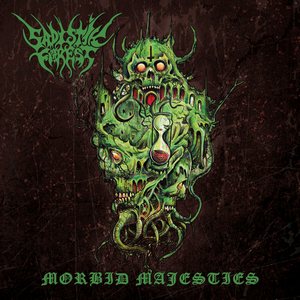 There’s not nearly enough ‘snot green’ in album covers today. It’s a tiny point to make, but the green hue on much of Morbid Majesties really did seem to hit the spot. Just because you are a brutal band, doesn’t mean that you can’t you can’t expand the palette beyond the usual darkened tones. Artwork aside, Sadistik Forest conjure up some feelings of old school death metal, but thankfully it’s not easily pigeonholed.

The strongest compliment to be given to Morbid Majesties is that it is obviously death metal in nature, but it pulls its influences from some varied regional sources. You can go so far to say that if you can think of a particular style of old school goodness, chances are it’s employed somewhere in Sadistik Forest’s sound. But it’s not a pile of influences either. It’s flowing, and the number one goal is clearly brutality. You can hear some throwbacks to varied things over the course of the album but it’s entirely cohesive. There’s some groove, there’s some high-tempo blasting, and slow crawls to keep the motivation going in spite of the brutality. Essentially everything you’d like to hear in this material. It may not really deviate from the norm per say, but Sadistik Forest understand the style and play it with confidence and enthusiasm.

A suitably catchy and heavy combination, Morbid Majesties does old school death metal with aplomb. It’s a benefit to the band that the influences are so readily infused and generate a feeling that isn’t immediately taken as “oh, that’s Swedish/Floridian/etc” in today’s landscape. Something that should help move them up the ladder. 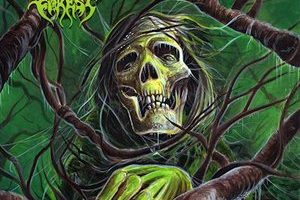