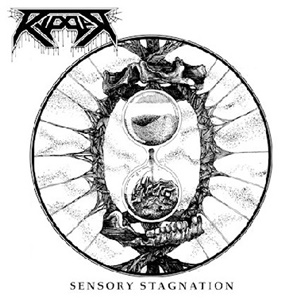 Taking their time after receiving praise and acclaim for their second album Experiment of Existence in 2016, Chilean thrash/death band Ripper felt the need creatively to stretch their horizons a bit. As a result we have their newest EP Sensory Stagnation, which differs a bit from their past when they were executing a fast/blistering riff/tempo cocktail that conjured up Sadus, Dark Angel, and Sacrifice memories. On these five songs it’s clear that these musicians still want to challenge themselves when it comes to intricacies and distinct songwriting maneuvers – while choosing to pay homage to a Florida progressive death act that has gained more acclaim through the decades: Atheist.

It’s so difficult to maintain a level of intensity and velocity when speed is a main component of the Ripper attack and still stay distinctive track to track – which is probably why there’s that extra progressive element of fluid bass play and surprising, turn on a dime transitions that mesmerize. When the band chooses to decelerate for “Like a Sacrilege” it’s a welcome reprieve that still contains punishing rhythms, solid drum mechanics, and the vicious, gritty roars and growls of guitarist/vocalist Venus Torment. The thrash aspect still reigns supreme, but the lead breaks possess that extra progressive/jazz technique that probably comes from the desire to push themselves into new dimensions, musicianship that works not in self-serving manner but solely based on the needs of the song/arrangement at hand. Check out the bass play for the closer “Terror Streets” that adds a sonic punch to the already frantic speed riffs and heart racing tempo, some of the phrasing intertwining Sadus and Kreator against that Dark Angel-like ferocity.

Five tracks in a tight twenty-minute window, Sensory Stagnation is anything but one-dimensional on either accord. Ripper is not for the weak of heart or those who desire simplistic hooks and riff combinations – it’s shapeshifting songwriting with elevated musicianship, sure to gain deep dive appreciation for those who love thrash/death in that realm. 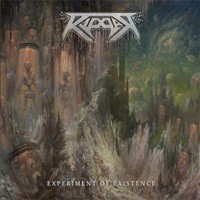