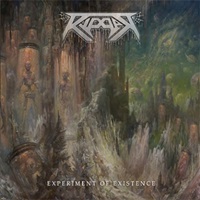 Fortunate to grow up through the first generation of thrash, it’s always nice to hear younger bands embodying that free thinking, raw attitude that put the movement on the fast track for underground appeal. Chile’s Ripper have been alive since 2007, releasing three demos and an EP prior to their first full-length record Raising the Corpse in 2014. The follow up Experiment of Existence is another molten reminder of the potency for the movement – these 11 tracks throw a bevy of crushing riffs, up-tempo drumming, killer stop/start transitions and vocals that are on more of the ferociously brutal/Teutonic side of the landscape.

The guitars are razor sharp, travelling up and down the fret board as if swarming bees attacking an unsuspecting human, while bassist Pablo Cortés free floats around in progressive Steve DiGiorgio (Sadus, Death) land for the massively addictive title track and Death Angel-ish “Rotten Dreams”. Weaving in occasional clean, progressive sections guitarists Daniel Poblete and Venus Torment bring to mind a lot of early Forbidden class amidst the Sacrifice/Dark Angel speed and relentless aggression to their parts – check out the 5:43 instrumental “Anatomy of the Galaxies” for their whirlwind skills and abilities as the arrangement moves from frantic to mid-tempo outer realm nuances.

Venus doubles up on the microphone, and as stated before his delivery is more of the barking, semi-scream, semi-growl style, incorporating everyone from Mille to Max Cavalera, even a bit of Sadus or Possessed in “Stellar Evolution” and “Spherical Energy” – as you get the sense that the lyrics are a little more cerebral than the average ‘violence/oppression’ fare for the genre. Add in a separate bass solo spotlight track plus an entertaining band logo that could double as a cool tabletop and you have the makings of a great record that would take the thrash world by storm in 1987 and still gain some traction today.

Integrity and execution are the two factors that will help Experiment of Existence gain traction with a wide swath of thrash followers – especially those who like things on the heavier/faster side. 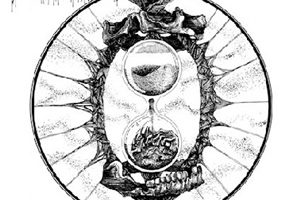