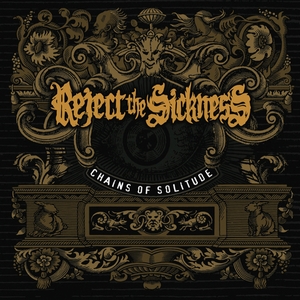 God Forbid anyone? Whether or not the band in question influenced Reject the Sickness is one left suited to the band, it’s hard not to think that there must be some sort of connection given the penchant for melodeath/metalcore that Chains of Solitude exerts. This being the band’s second release, following Bloodstained Eyes, it seems they are well on their way, but still have a few kinks to set straight.

Reject the Sickness function best when they are taking things at a steady and fast clip. The burst of energy that “Psychopath,” “My Agony,” and “Seedless” provide leave a lasting impression and feel like the band could take things a step further. They cover some groove, some thrashy speed, and more frenetic melodic death metal all at once. Unfortunately, things become more hit or miss when the other tracks hit. The title track swings onto the plus with the use of some keys and an emotive chorus that doesn’t hinge entirely upon clean vocals. Whereas “Only Darkness is Real” seems to wander without finding it’s point. Not that it’s unstructured, but it never seems to make a mark. Likewise, a number of the other tracks fall into the same boat – seemingly fading away the instant they leave the speakers, with nothing standing out. Sadly, the one that does stand out isn’t a strong suit. The ballad “Alone” utilizes some awkward clean vocals that move around softer synths and falls squarely into the “cringeworthy” bin.

The heavier end of Reject the Sickness has its strong suits. A little lacking in innovation, but that’s the case with many at this point in time. The more melodic elements (particularly the cleans) need some further nuance if the band wants to pursue them further. Chains of Solitude is more of a wait and watch release in that regard. 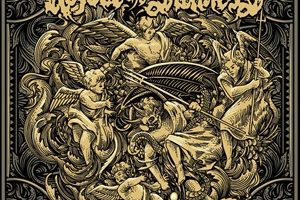 Reject the Sickness – While Our World Dissolves (WormHoleDeath)