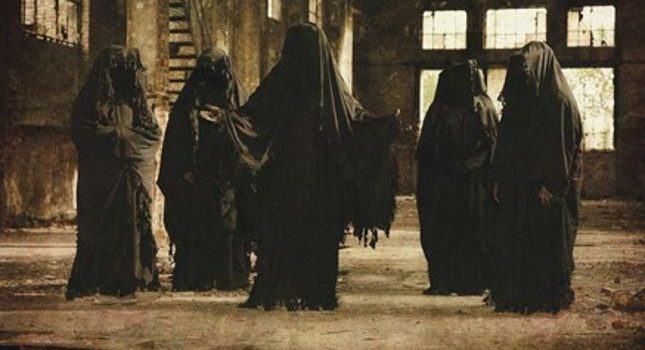 After a one-month delay due to a few compounding events, Rapid Fires is back to its usual placement. Despite what goes on in the day to day world, the metal keeps coming. There’s never a lack of material, that’s for sure. This month we cover Denis Shvarts, Heartsick, Last in Line, Mortanius, Quartz, Reaper-X, Reject the Sickness, Sadness, Sâver, Skylake, Stone Leaders, Thornbridge, Twisted Tower Dire, and Undead Prophecies (pictured above). 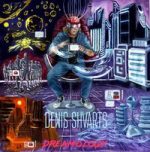 Denis Shvarts – Dreamology (Self-Released)
Guitarist of Dark Matter Secret, Denis Shvarts has returned with a second solo offering and one that gives him ample breathing room to show off his fretboard heroics. Those familiar with his band should have a good starting point here, though it’s worth noting that he continues to improve in the overall structure of things – the flow is quite solid for this type of instrumental album and he knows how to keep the melodies coming while continuing to impress with proggy/technical material. There’s a barrage of ‘wow’ moments that do a nice job of meshing extreme metal with some power metal-esque tendencies (starting with the opener “Loading Dreams”) and provide near-constant ear-candy. Not to be missed if you enjoy progressive death metal with a knack for interwoven catchy melodies. – Kyle McGinn (Denis Shvarts on Facebook) 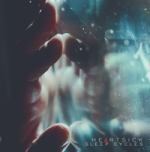 Heartsick – Sleep Cycles (Self-Released)
Previously working under the name Know Lyfe, Heartsick draw from the modern metal/metalcore well that many have tried to tap (or quit trying to tap at this point). The downtuned riffs have a certain Slipknot-y snarl to them, but it’s also doused with some sturdy solos and leads to provide some contrast to the anger quotient. The rage is almost hardcore in nature at points (see “Hate Anthem”), but some tracks prefer a more melodic approach (“Loveletter”). It covers the usual gamut for the genre, but there’s nothing that really urges the listener on. Odd considering the near 20-year existence of the band before this point. – Kyle McGinn (Heartsick on Facebook) 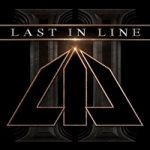 Last in Line – II (Frontiers Music)
The return of Vivian Campbell and Vinny Appice together as two of the key components to the early Dio discography, II also features ex-Ozzy bassist Phil Soussan replacing Jimmy Bain who died in 2016. Last in Line takes on more of a bluesy, melodic metal sheen than the heavier 80’s Dio days, but the chemistry, spirit, and songwriting still reign supreme for this release. Vivian’s tasteful licks and shred skills (“Landslide” especially) meld effortlessly against Andrew Freeman’s potent, bluesy/gritty vocal presence. Producer Jeff Pilson keeps the sound as lively as possible, allowing the band to delve into playful 70’s terrain for “Gods and Tyrants” while being seductive in stunted mannerism for “Love and War”. Who says older musicians can’t develop relevant new material? Not this scribe… – Matt Coe (Last in Line on Facebook) 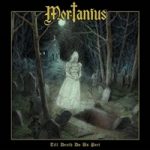 Mortanius – Till Death Do Us Part (Rockshots Records)
Pennsylvania’s Mortanius live for a progressive/power metal sound that contains 70’s throwback and gothic strains for this full-length Till Death Do Us Part. Of the four originals, two are over ten minutes- including the almost 18-minute title track, ensuring plenty of tasty instrumental bits and narrative elements in the arrangements. Vocally engaging in multi-octave, often higher registers (including Dragonland’s Jonas Heidgert for “Jaded”) – the acoustic and electric instrumentation plus orchestration embellishment gives the songs a wide array of cinematic, epic textures. Blast tempos, charging guitar/keyboard syncopation, neo-classical elements all abound, channeling the best of American progressive acts like Symphony X and Dream Theater into European avenues a la Royal Hunt or Rhapsody of Fire. A Wham cover “Last Christmas” is twisted into a slower, thoughtful conclusion with layers of guitars making this a possible crossover hit. Next time though, a human drummer would make the tempos less mechanical and more feel-oriented. – Matt Coe (Mortanius on Facebook) 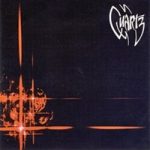 Quartz – Quartz (Dissonance Productions – reissue)
The debut album from British heavy metal band Quartz, this originally hit the scene in 1977 –documenting the early days of a blossoming scene. Chris Tsangarides and Tony Iommi co-produced the record – and it possesses a bit of that Sabbath finesse, along with a healthy dose of Rainbow and Witchfynde. Catchy guitars, appropriate keyboard use from Geoff Nichols, and the mysterious melodies from singer Mike Taylor (think Jon Anderson of Yes in spots) make the bluesy boogie rocker “Street Fighting Lady”, dual-harmony filled “Around and Around” plus “Stargazer”-ish opener “Mainline Riders” three blazing tracks that stand up well 42 years later. Even throws a bit of Jethro Tull-ish flute and acoustic texture on the progressive “Sugar Rain” to spice things up. Ardent metalheads will want this – as well as NWOBHM maniacs. – Matt Coe (Quartz on Facebook) 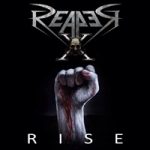 Reaper-X – Rise (Sliptrick Records)
This UK band Reaper-X burst on the scene with a burly form of thrash for their debut album Rise. Many of the gang-like vocals, streamlined part to part transitions, and groove to hook combinations swirl in this Pro-Pain/crossover hardcore angle, even as the lead breaks and melodic guitar parts for “Fury in Flames” and “Diplomatic Solution” showcase their love for Bay Area thrash and late 80’s US power metal. Current events from war to suicide as well as metal show moshing keep in line with expectations – Reaper-X aren’t exactly going to be the flashiest or speediest thrash band you’ve heard, they prefer to keep the music and arrangements mid-tempo and slamming for the most part. Most will be hard pressed to stay stagnant as this record whirls around your brain and body. – Matt Coe (Reaper-X on Facebook) 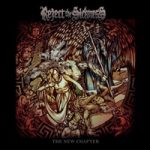 Reject the Sickness – The New Chapter (Self-Released)
The final recording at Clean and Dirty Studios (now torn down). Belgian band Reject the Sickness issue a three-song EP for The New Chapter that keeps the groove factor high while straddling melodic death, thrash, and metalcore nuances. The syncopated guitar/drum aspects bring a bit of Fear Factory/ Strapping Young Lad feel to “Burning Soil” and “Disconnected”, but rest assured the venomous death roar of Guy still bleeds for the brutal cause. “Reset” features a more straightforward melodic death feel, the tremolo picking and heads down speed sure to send pits swirling while the half-time transition encourages more jump/slam madness. Curious to see what the next full-length will bring. – Matt Coe (Reject the Sickness official website)

Sadness – Rain (Flowing Downward)
One of those ceaselessly-prolific studio outfits, Sadness is the one-man creation of Elisa, whose real name is Damián Antón Ojeda. As the name suggests, we’re talking about depressive black metal here, but not of the extreme kind. Rather, Sadness operate at almost funeral doom tempos, and with the exception of “River,” forsake the relentless blasting and bouts of extremity that is often part-and-parcel with downtrodden black metal. The result is a lush, sometimes beautiful, always despondent album that is the perfect soundtrack — for lack of a better term — to all things dark and reflective. Hard to draw it up any better than this. – David E. Gehlke (Sadness Bandcamp)

Sâver – They Came with Sunlight (Pelagic)
A Norwegian entry into the post-metal fray, Sâver’s They Came with Sunlight debut brings forth the usual swell of soft-harsh dynamics, spatial interludes and behemoth-man roars. In a word: It’s conventional, but pulsating listen, most notably when the trio gets down in the dirt during the opening churn of “I Vanish,” which sounds like Isis (the band) trying to get their broken-down van up a hill of nothing but mud. That’s how sludgy the thing is. Not as inclined to melody as some of their contemporaries (or bands they’re modeled after), Sâver isn’t afraid to take an experimental trip either, just reference “Dissolve to Ashes.” – David E. Gehlke (Saver Facebook) 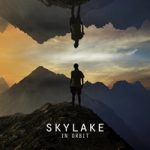 Skylake – In Orbit (Freia Music)
Citing influences such as Porcupine Tree, Anathema, and Karnivool, Skylake combines more atmospheric and acoustic moments with some more guitar-heavy prog ones. Not that the album ever really becomes ‘aggressive’ in tone, but the switching dynamics keep the longer tracks afloat and offer some changes of scenery as they shift between more mellow ‘coffeehouse-like’ vibes with some proggy substance. The female vocals fit the mood to a tee, delivering some added melancholy when needed but never being too punchy elsewhere. More of a sit down and relax type of album, but one that’s worth a few listens on a calm, restful morning. – Kyle McGinn (Skylake on Facebook) 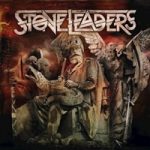 Stone Leaders – Stone Leaders (Vanity Music)
Recognizing talent on an international drum clinic, drummer John Macaluso took some of those Croatian musicians into this new progressive rock/metal quartet project Stone Leaders. Using two singers (keyboardist Dino Jelusic and guitarist Ivan Mihaljevic) plus bassist Marko Karacic, the twelve tracks delve into everything from Latin percussive/free flowing jazz movements during “Fire Up the Oceans”, alternative Jane’s Addiction-like guitars and altered, computerized vocals for parts of “Shot By Lies”, all the way to acoustic, sparse and dream-like movements for “Ignited”. It’s about experimentation in a melodic context, infusing 70’s progressive rock with melodic hard rock/metal textures – the foursome enthusiastic to embrace the mood of each arrangement and discover what sprouts from the interplay. Think Pain of Salvation, Yes, and Circus Maximus in a tighter five to six-minute window per song, very much indicative of the talent on display. – Matt Coe (Stone Leaders on Facebook) 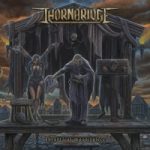 Thornbridge – Theatrical Masterpiece (Massacre Records)
Unleashing a concept record tackling Middle Ages torture/suppression tactics during the days of witch-hunts and the inquisition, Thornbridge with Theatrical Masterpiece turn on the German power metal charm for their second album. Arming themselves with Orden Ogan’s Seeb as producer and receiving a vocal assist on “Revelation” from Brainstorm’s Andy B. Franck, this is fairly upbeat material with a boatload of guitar harmonies, steady double kick activities, and larger than life vocal choirs for the choruses. Folk inflections keep “Demon in Your Heart” top of mind, although the guitar harmonies perk up Somewhere in Time/Iron Maiden memories. Cultural hooks that Teutonic bands hang their metal credibility upon make “Trace of Destruction” and the title cut obvious winners. Treading familiar ground for the Orden Ogan/Blind Guardian legions, sure to go down a storm with a case of your favorite brews. – Matt Coe (Thornbridge on Facebook) 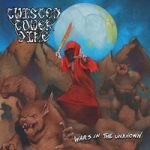 Twisted Tower Dire – Wars in the Unknown (No Remorse Records)
Active since this scribe’s early days attending the now defunct Powermad Festival in the late 90’s, Twisted Tower Dire stand strong for traditional power metal the US way on Wars in the Unknown– their sixth studio album and first in eight years. Gritty riffs, soaring vocals, twin guitar harmonies, and anthems abound – hard to not champion fist waving, unison audience participation when airing “True North” and the Nocturnal Rites-like “Eons Beyond”. These ten tracks align perfectly for pre-gaming to your favorite metal bands, six-pack or favorite bottle in hand, preparing for debauchery or letting loose from daily turmoil and stress. Picks to click: “A Howl in the Wind” and Maiden-esque “The Thundering”. – Matt Coe (Twisted Tower Dire on Facebook) 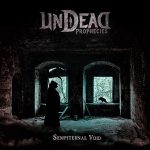 Undead Prophecies – Sempiternal Void (Listenable)
Possibly from France, Undead Prophecies is an anonymous troupe parlaying a brand of old-school death metal with modern production, something that makes their second album, Sempiternal Void, a see-saw of a listen. The kick drum here is terribly high in the mix, so when the band is at full-velocity (which is quite often), there’s the perfunctory speaker blowback and scowling at whoever mixed the darn thing. But, this quintet surely can rip out a few levels of classic DM bombast, most notably on opener “I Summon Demons” (great chorus) and “The Souls I Haunt.” – David E. Gehlke (Undead Prophecies Facebook)