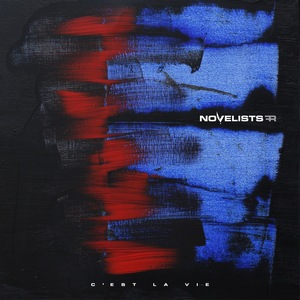 An amalgamation of metalcore, djent, and modern prog, France’s Novelists fall directly into that Periphery and Tesseract crowd. The type of thing that you can tell is metal, but it’s thoroughly modern in tone and isn’t afraid to showcase that aspect of the band (which causes some ‘truer’ folk to steer clear). Their third output, C’est la Vie, offers listeners floaty melodies, subtle yet intricate bouts of prog, and a few points of more aggressive material.

The strongest point of C’est la Vie is that of the guitar melodies. The band eschews flattening the listener in prog sledgehammering, instead bringing out their more intricate aspects in a way that’s quite digestible. Playful noodling coats a track like “Deep Blue,” something that you can tune your ear towards and enjoy, or simply just take the track at face value with the thumping riffs and catchy chorus. That interplay is what really makes Novelists work – the surface has enough to make it work for a larger audience, and those seeking something more are free to dig into some of the melodies within each track. The band can go darker and heavier on a cut like “Modern Slave,” or into more dreamy soundscapes such as “Rain,” without seeming like it’s too much of a jump. It makes the release pleasantly diverse, even if sometimes things go a bit too modern. “Lilly” feels a little Linkin Park-esque at its opening, and the title track leans in a more saccharine state than some of the other tracks, even if it shakes things up with some female vocals as well.

For the most part, Novelists have captured a sound that can be gentle enough to pull in some of the non-metal folk without compromising heaviness. Their ability to weave in the proggy elements in such an intriguing fashion is their greatest strength, and is worth a listen if you are into the more modern side of this genre. 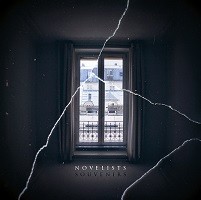