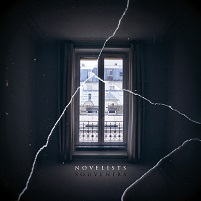 Perhaps wisely keeping djent bands off the Nuclear Blast roster (unless you want to consider Meshuggah, who are the unintentional creators of the style), label founder/owner Markus Steiger has created his own imprint, Arising Empire. Haven’t seen to many label execs try something like this; most will create an imprint to fall under their own label. Then again, Nuclear Blast has been doing business with Metalville quite a bit in recent memory, so there’s your tie-in. The signing of France’s Novelists is far from another notch in Steiger’s belt, though. Playing a largely bland and tried blend of djent-on-modern metal via their Souvenirs debut, the band is yet another leaper onto the sweaty nerd pile-on that is the fading djent scene.

Interesting to read the “progressive metalcore” tag tied together with these gents. It’s basically a misnomer, as metalcore has long been considered one of the more regressive styles to grace metal’s plate. (See: Swiped Gothenburg riffs, overused beatdowns, EMO vocals, etc.) Novelists, to a fault, heighten these aspects, but funnel them through the usual djent ringer, where upon the oft-used guitar tone, stalled breaks, occasional clean vocal go, and soft, melodious leads are meant to create something “progressive.” A bit misleading that one, particularly when we get to “Antares,” and “5:12 AM,” which features the female vocals of Lotti Holtz.

Work your way through the album and it’s largely a recurring theme; Novelists have essentially jumped on to the Ameri-Brit formulation of djent, albeit without the above-average clean vocals and push. It’s all several years too late, unfortunately, with many having soured to the style. Will be curious to see how this does for Steiger’s new label, if anything. The man’s track record is top-notch. 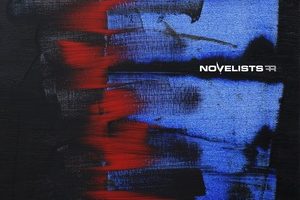