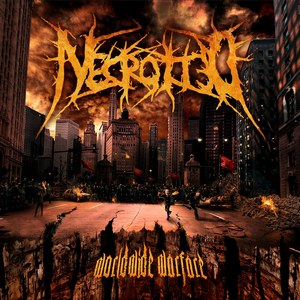 Is it possible to combine death metal with some hardcore influences without coming off as deathcore nowadays? If you listen to the sound of Germany’s Necrotted, you might be surprised to say yes. While Necrotted dabbles in hardcore influence, lumping them in with the deathcore movement just doesn’t seem to make sense. It’s far too different (and has more strength in songwriting). Think more Despised Icon than Whitechapel.

Worldwide Warfare is heavy. Straight-up, no qualms about it, heavy. They bring in some slam influences, straight-forward death metal brutality, and in the midst of it all, some more straight hardcore vibes. Sometimes it’s hard to tell whether the breakdown is one that’s more death metal or hardcore in nature. But really, what’s the point in squabbling over “what kind of breakdown it is?” Understand that the band uses them well, and they had some rather punishing moments to the album overall. Slow, powerful death metal grooves apparent, trading blows with faster tempos to provide some contrast in the material. Going along with said contrast in a more remarkable way though, is melody. If the band didn’t have enough going on already, cuts like “No War But Class War” boil with injected melodies that feel almost more melodeath than anything else. But worry not, it never gets in the way of the band steamrolling almost anything in its path.

With more on their plate than you might initially think, Necrotted show a more careful and intricate approach to death metal. The main purpose for the journey may indeed be to dole out punishment and brutality, but they manage to keep it more interesting than the straight-up slam bands or deathcore acts. 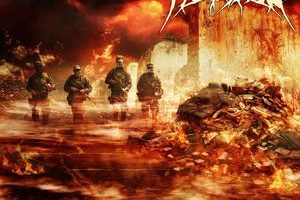