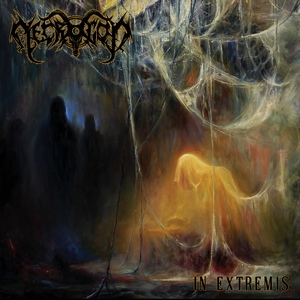 Another month, another Rogga Johansson release! Never one to rest, it does seem as if the pandemic has allowed the already prolific death metal fiend to become even more prolific. In Extremis is the first full-length from Necrogod, following an EP and split release, and features Johansson doing everything but the vocals – something handled by The Master Butcher (Morbid Stench).

Unlike much of Johansson’s works, this one is not a straight-up Swedish sort of affair. It’s hard to not hear the influences, particularly with the man’s riffing but there’s more of a regular ole death metal (not region specific) feel to this. It’s heavy, maybe even more so than a number of Johansson’s other acts, and The Master Butcher’s barks only add more fuel to the fire. The riffing is completely dark and caustic at times, with rumbling energy and a dash of fun added into the mix. It’s as ominous as the bleak cover would lead you to believe, but it retains that fun, Rogga-quality to it because of the energetic nature of the riffs. There’s also going to be some breaks in the darkness for some melody as well. Be it an eerie lead (“Remain the Same Again”), blazing solo (“In Mortal Confinement”), or groovy riff (“When Madness Has Taken Control”). Needless to say, there’s quite a bit to take in and absorb, even if some of the riffs will grab you on first listen.

From some brutal steamrolling to dark, spooky melodies and grooves, In Extremis is another high quality death metal release from Johansson and friends. Nice and heavy, but the sprinkled in melodies make for a very memorable release that old school death metal fans are going to love. 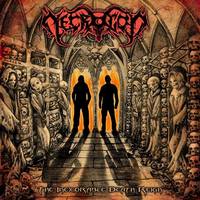