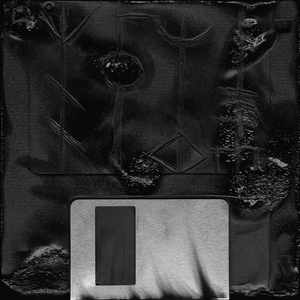 There’s a part of this scribe that sees the cover and thinks, “There are some young-uns reading this site that probably don’t even know what a floppy disk is.” But then again, for those people, Master Boot Record probably isn’t of interest anyways, as it does seem like those who grew up with chiptune music on their video/computer game systems will get more of a thrill from this than many others.

For those who haven’t been keeping up with Master Boot Record, they’ve been quite prolific over the last few years (check out their Bandcamp page) in delivering an evolving narrative that has kept a heavy metal version of this type of music at its heart. Unlike synthwave acts, Master Boot Record feels like someone actually took legitimate heavy metal and simply ran it through a 8/16-bit chiptune synthesizer (of course, there’s much more to it than that). It feels dark and it pulsates with galloping energy, as “Ansi.sys” is quick to showcase. There’s that vibe that you could be playing a game like Contra, Mega Man, or even Doom (see “Smartdrv.exe”), and have this being the soundtrack to it. But other tracks are more progressive in tone, with more going on to them over the course of 8 or 9-minutes, like “Ramdrive.sys,” where more grand and epic structures sweep their way in and increased synthesized clean guitar gives a ‘proggier’ vibe to it. While it’s certainly ‘danceable,’ cuts like “Defrag.exe” also showcase that it can still be pretty brutal as well.

Floppy Disk Overdrive can hit just as hard as any dyed-in-the-wool metal release, but at the same time sounds distinctly different from all of them. Master Boot Record never feels retro despite the inspirations, instead offering a unique take on the metal genre by completely digitizing it and turning it into something different. If you grew up on video game music (and MBR has covered A LOT of it), you are really going to dig Floppy Disk Overdrive.