Lots of varied black metal going on with Emptiness, Ashes of Nowhere’s first full-length. Moments of more raw, blackened flavors mix with more atmospheric tones as well as some doomy and shoegaze vibes as you make your way through the album. It’s all tied back into some melodic touches, with the band going so far as to toss in some clean vocals here and there for good measure. There’s some strong melancholy amidst the sometimes blast-ridden landscape, which is a necessity to keep them on par with the rest of the field, but comes across as one of Emptiness’ strongest assets.

There was some apprehension about writing “folk” in the style heading, as this isn’t the usual and more uplifting type of album. Perhaps pagan is a better branding, but more important is the music itself. A strong blackened vibe permeates most of the songs on Jarnvidr, and it seems equally coated in the melodic aspects as well. A buzzy tone to the guitars seems to echo the blackened intent, and the synths behind it all never veer too close to the surface, acting only to provide some mood when utilized (see “Desperate Flight”). All in all, an enjoyable listen if you are in the mood for something on the blacker side of the divide.

Transcending Flesh seems to be the perfect album to work as a morning wake-up call. Sheer intensity rips through the speakers as “Death Comes Alive” plays its modern death/thrash combo. They do prove to be more than just speed freaks though, with “Voracious Vulture” leaning towards more melody, such as a great lead around the half-way mark, to make its mark. A crisp mix/master from Chris Donaldson is just what this type of sound needs – clarity for the melodic and technical aspects, but beefy enough to ensure it has enough power. Everything clicks – expect From Dying Suns to make a much larger splash in the pool moving forward.

In stark contrast to the more melodically-inclined black metal we’ve showcased this month, Horoma Exordium’s first “hello” to the world is far more visceral. Plenty of swirling blast-beats, caustic black rasps and deathly growls, and spiraling and buzzsaw-worthy riffs make up “World’s Falling.” Despite the near-constant assault, the riffs still hold through – frequently displaying some more epic power behind them. It’s a promising start from Horoma Exordium, and we’ll have to see how more of it plays out next year.

Yet another reference back to Anal Cunt this month, with the band’s final drummer Tim Morse having a go behind the drumkit for this album. Horrible Earth’s brand of grind seems to be a solid mix of more death metal oriented vibes (particularly in guitar tone) going against a more hardcore aesthetic. In this manner, the band could easily sway fans of either side here, with the intensity of death metal giving it some excessive weight to throw behind, while the hardcore and powerviolence influences allow the songs to be more discernable than you might expect, with some solid groove in standout “Shrine.” There’s only a few minutes of material, but with grind that’s often all you need.

In contrast to the synthwave/dark synth music like Perturbator and GosT, Master Boot Record is like a chiptune version of heavy metal. In other words, if you were to translate the music over from its current state, you’d have some very metal stuff. It’s fun just to listen and think about how it would translate over. But more importantly, an interesting vibe exists here, and it does share that rather bleak yet bouncy sound that the synthwave fans crave despite the different setup. Hypnotic from start to finish, it’s practically guaranteed to get your toes tapping, while wishing you had a retro video game handy.

While this just a remixed/remastered version of last year’s Bring Forth Death (see review HERE), it’s still worth mentioning again. Mostly because Bring Forth Death was a wicked piece of symphonic blackened death metal that kept things brutal (with some sly melodies beneath the surface of course), and also because the band is deserving of some additional exposure. This new version is noticeably stronger, production-wise, and benefits the overall feel of the album. Best of all, it’s a name-your-price download, so there’s no reason not to check this one out. Particularly if you didn’t hear it the first time around.

In the midst of writing about the band’s first single “A World Outside,” the band went ahead and released a new one, so here’s both. “A World Outside” features some uplifting keys and strong galloping guitar melodies that compliment Karli Romyn’s vocals to a tee. On the other hand, “Catch Me When I Fall” is more of a ballad-esque track, with piano and orchestra solely backing Romyn through the song – which feels sentimental without crossing over into “cheesy” territory. Between the two sides of the band, it seems they could easily garner a following once a full-length (or even EP) releases.

Coming on strong with last year’s Nemesis EP, The Hudson Horror has returned with a follow-up EP that’s just as impressive. Continuing along the same lines with some strong Gothenburg feelings mixing with some good ole US-brutality leading the way is by no means a bad thing for this act. The combination of some At the Gates/The Black Dahlia Murder-styled riffs and leads is given a fresh coat of paint with their increased brutality to back it up this time. Whether you are into the more old school melodeath scene or the more modern death metal one, The Hudson Horror is a name to watch.

While the deathcore tag can be one that damns a band from the start, Thirteen Bleed Promises manage to go above and beyond to show that the genre can prove to be more deep and interesting. Some blackened atmosphere provides more feelings of grief to accompany the bludgeoning that the band has no qualms about putting out. Some technically-driven riffs from time to time also help to serve a more diverse agenda and allow songs to stick with the listener after a few spins – and not just the “oh man that riff was heavy” type (though there are a few of those as well).

Those in need of a good mindfuck would do well to feast their ears on The Zodiac. Using noisy and spastic riffs while weaving in distant and creepy jazzy and proggy melodies may be jarring at the start to say the least, but if you give it time, they start to unveil their purpose. It’s by no means an easy listen, with a ton of things going on in the background (a number of stringed instruments and horns for starters), but it’s also an album you won’t soon forget. Only those looking for the eccentric and off-kilter need apply. 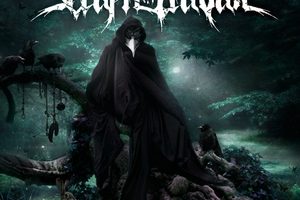