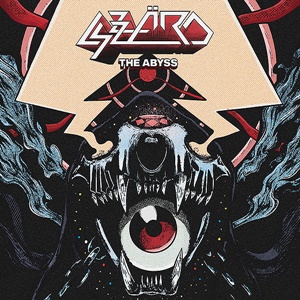 Formed out of a literal brotherhood between singer Tiago Quelhas and guitarist Ricardo Azevedo in 2013, Lyzzärd is a Portuguese heavy metal act that have released an EP and debut album Savage over their career, signing with Fighter Records for this new record The Abyss. Three lineup changes occurred in the interim between records – so curiosity abounds as to where this material will go in the hands of the new incarnation of the group. Have these musicians gotten stronger in the five years between records – or still need some refinement to rise up the ranks?

The explosive licks and spirited classic riffing from Ricardo and rhythm guitarist Telmo Marrão garners the lion’s share of appeal, straight from a combination of US/European heroes from the 80’s as gateways to the fist pumping antics that pour out of the quintet. Saxon circa “Crusader” appears in the cultural opening inflections for “Red Hot”, while early Iron Maiden strains dance around between the adventurous rhythm section parts and fiery twin axe heroics during “From the Blade to the Grave”. Shorter intros/instrumentals for “Satan’s Fall” and “Distant Skies” provide dynamic breathers, the latter containing keyboard elements similar to the Stranger Things Netflix series. You can imagine a ton of synchronized moves on stage with these gentlemen, audience members singing in unison to specific musical hooks or joining on killer choruses, Tiago improving from the previous record in terms of his upper screams, powerhouse note holding abilities. Check out “Resistance” and the Mercyful Fate-ish meets Enforcer-like title track to hear his wide array of grit, evil nuances, plus smooth work during those moments where you want him to shoot for the stars. The vinyl-friendly playback at thirty-six minutes and change ensures little fatigue devouring, processing, and continually returning to this set of material through your daily activities.

Able to play specialized festivals in Germany and Spain beyond opening for a host of NWOBHM, US, and fellow-oriented contemporaries in their home country, Lyzzärd seem poised to ascend up the traditional heavy metal ladder as The Abyss has the right tools assembled to be a key album in the discography of the band. 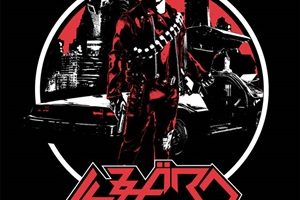