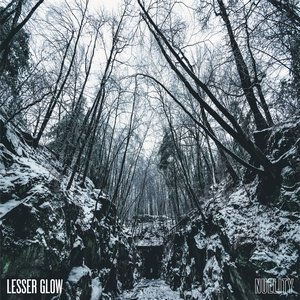 Boston’s sludge mavens Lesser Glow return with the hotly anticipated Nullity, an introspective concept record about humanity’s parasitic existence on the planet. This theme, combined with such hard-hitting passages and melancholic bouts of somnolent moments, make up for such an engrossing record that’s undoubtedly one of 2020’s triumphs.

Lesser Glow has employed the perfect balance of gargantuan riffs and somber guitar flourishes to a perfect yin and yang. From “The Great Imitator” and its no-nonsense opening battery to the Opeth-esque beauty of “Fostering their Nullity”, the 5-piece deftly displays their songwriting chops and in doing so, elevates sludge to newer heights that were previously hinted at by their debut record “Ruined”. “Versterven” is a fucking highlight as it snatches the rug from under you and proceeds to bury you under the stampede of dexterous drumming and locked-in low end vibrations, topped off by soaring guitars to drive the point home.

With a record like Nullity, it’s not hard to see Lesser Glow climb to the top of sludge mountain and lay claim to every thing they set their eyes upon. Their third LP will definitely be something to look forward to but for now, bask in the glorious radiance of Nullity as humanity fulfills the album’s themes.