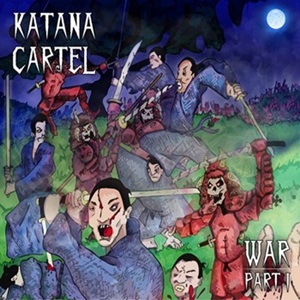 Formed in 2012 over a mutual love of classic heavy/power metal and blues based hard rock by guitarists Rob Georgievski and Aidan Le Gassick, natural lineup shuffles and growing pains took place over a few years to secure the right rhythm section and vocals for Melbourne, Australia’s Katana Cartel – leading us to the debut War Part 1 EP. After a few spins these five songs possess requisite trademarks that can encourage active audience engagement, while also showcasing areas where more seasoning will be beneficial for stronger impact.

The material as a whole traverses mid-tempo oriented riffing and rhythms, the melodies and hooks very primal with a penchant for groove, obvious right out of the gate for “Pay My Dues” – the solo straight from the Kirk Hammett hammer on school while the main parts sit in that Priest/Accept mold. The follow up “War” rides a bluesy riff and chorus/verses that have a call and response/Pantera feel – the transition mid-way through rearing back to classic Black Sabbath swing. Steven Falkingham conveys the lyrics and melodies deftly – possessing the right venom and grit, holding out notes of a higher caliber if called to duty as well. It’s like taking a mix of James Hetfield and what cleaner, old school NWOBHM singers portray and that’s what you can expect for versatility from his vocals.

On the minus side, obvious similarities to the verse/main riff combination for Katana Cartel with “Antagoniser” and Metallica’s “Whiplash” (with a double kick intro that would make Motörhead proud) pop a balloon in an otherwise exciting instrumental break, where the bass/guitar interplay elevates anticipation. There were other times where the music felt paint by numbers and too clinical – so in the future, Katana Cartel may well think about becoming more adventurous and pushing some boundaries between the arrangements or part to part construction. The tools and abilities are there, now it’s a matter of separating influences into your own take on things to establish a distinct, confident direction.

Admittedly a lower budget, raw affair – let’s see how things develop on what will probably be War Part Two soon. 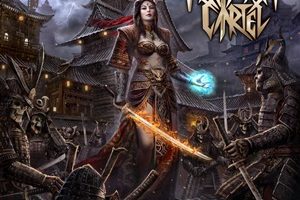