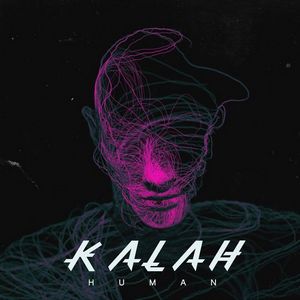 Having already introduced themselves with their first EP only in February of this year, modern metal act Kalah strikes while the iron is still hot with this second 4 song offering. Clearly a very productive band, and one that wants to nail down their sound with these short pieces, don’t expect just more of the same with Human. Kalah shows some notable change, even in a span of a few months.

While we still see the same basic idea of modern metal being showcased on the band’s second EP, there’s some more experimental aspects that Kalah is pushing this time that do right in purely advancing their sound. The biggest piece that stands out here is the synth usage. Descent had futuristic synths for sure, but the way they use them here feels slightly different and helps them to stand out. The way that they weave into heavier moments, like on closer “The River,” give it an almost video game-y vibe at times and serves as a great catalyst for the riffing. Interlocking the two together can give it a darker feel at the end of the song too, just before a stunning and upbeat solo caps off one final chorus. Each of the songs feel unique too, from the more dancebeat heavy “Ejecta,” which features some pulsating grooves and power metal injections, to the more epic sound of “POV,” where the electronics clash and bounce off the chunky riffs, but relent for a potent chorus. “Red” has the most unique feel of the songs, as a gentle track that operates more in more electronic waters than metallic, with an almost synthwave feeling to it, with just enough undercutting heaviness that it avoids the classification, but it also allows vocalist Claudia to stand out more, with even a few moments of electronic enhancements that suit the song well.

With two strong EPs in the mere span of months, Kalah is really priming themselves up to be a force within the modern metal field. Human advances their sound in the best of ways and gives them an even more unique feeling. Genre fans would do well to lend an ear here and watch as the excitement continues to build for this band. 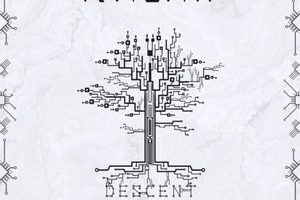