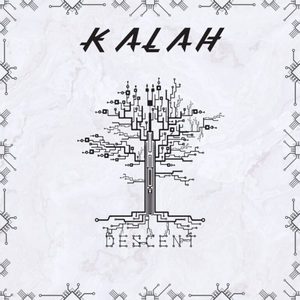 Kalah is a new modern metal act that just came about in 2020. Descent is their first offering and it brings four tracks to the table. As such, it provides a solid introduction to an act that will hopefully become an even larger and more impressive band in their future.

There’s a futuristic sound that Kalah provides and one that thankfully doesn’t seem to really fall directly into one category. The synths do lend themselves to an almost dance-able feeling at times (see “Six Feet Underground”) but they never really go full ‘electro’ and rely on that piece as a crutch. Instead, a more guitar-based sound takes the forefront, providing plenty of riff-power to go with the modern synth vibes. It’s more of a power metal sound in some regards, but the weight of the guitarwork almost pulls in a more melodeath direction at times (“Titans of Dune”). There’s a playfulness to the riffs that really helps to weave it into the synths to give it that futuristic feeling, and the driving tempos aid in providing an urgency to it that some newer bands seem to miss. Vocally, Claudia stands out in that it’s played straight and to the point. There’s no operatic or over the top stuff, and she has a softer vocal that meshes with the music. This could have ended up a release that relied on the vocals, but the combination between instrumentation and vocals allows it to stay heavier overall, and that’s a great benefit to give them some space in this particular part of the metal spectrum.

Descent is an enjoyable and promising start for Kalah. They have managed to obtain a sound that feels different than what a number of bands are peddling, while still providing heavy riffs and killer melodic hooks. A name to keep your eye on as they continue to progress. 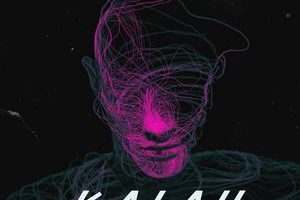