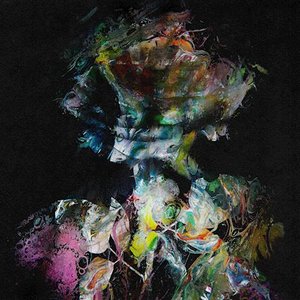 Tossing the metalcore label on a band like Imminence seems to ignore some major facets of the band’s sound.  Most have a pretty standard understanding of what the term means, and such a description is limiting to what Imminence are trying to accomplish with their fourth album, Heaven in Hiding.  While it’s not a bad descriptor, there’s much more to discover and enjoy that mere metalcore trappings.

Imminence is a very cinematic band.  There’s notable strings throughout the album which aid in this notion, tastefully employed as more background elements instead of being the main event (see “Alleviate”).  This allows the material to sound fully metallic, but there’s a certain gentleness to it, and the strings provide some ambience, augmenting the overall appeal that veers into more atmospheric setting.  Heaven in Hiding isn’t an album to open up the pit and rage, but a more nuanced and subtle experience with layers that you can further investigate with each listen.  Without being a concept album, there’s a certain flow to the release that gives it that ‘larger than life’ feeling.  A piece of these also stems from the vocals, which stay in clean territory more than harsh.  Which is no disadvantage, as they tend to really give the music a sense of urgency and added beauty.  “Surrender” has some big grooves and heaviness, but the vocals often bring it into ethereal territory (even with harsh vocals surrounding it).   But a more serene track like “This Too Shall Pass (این نیز بگذرد)” also benefits from the merging of the string elements, cinematic atmosphere, and gentle vocals.

Heaven in Hiding has some absolutely great moments.  It’s powerful and emotive, and balances the heavy, modern grooves with a melodic sensibility that makes the album feel more fragile and human in tone.  Imminence has struck a strong chord with this combination, and should provide the framework for some even greater things in the future.