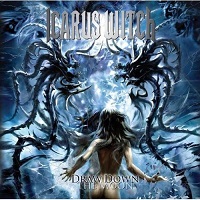 The new wave of traditional metal revival may have begun in Europe, but I believe there are a slew of American acts worthy of your attention and hard-earned cash

. Pennsylvania’s Icarus Witch through a series of albums and EP’s plus plum opening act assignments (Heaven and Hell, Trouble, and Candlemass among others) have carved a healthy buzz of followers young and old looking for a worthwhile successor to the throne of early Savatage, Dio and other early mentors of metal.

Draw Down the Moon, the band’s third full platter, conveys an act confident in their compact riffs and maniacal, sinister depth of vocalist Matthew Bizilia. None of the eight originals eclipse the 5-minute mark, giving the listener all meat and bones on stellar material such as the wide-open doom of “Reap What You Sow” the Jason Myers bass-driven “Dying Eyes,” which wouldn’t be that different from the slower material on early Iron Maiden albums or the guitar

While their previous album featured a Def Leppard cover, Draw Down the Moon ends with Icarus Witch’s take on the Judas Priest classic “The Ripper.” I wonder if this is a dual level interpretation, not just for the historical homage to this act’s impact but also a slight tip of the cap to Tim Owens, who also played the PA/OH circuit in which these guys call their stomping grounds.

Pluses include the attention to detail when it comes to their artwork, the basic old-school production (raw tones yet clearly distinct) and the less is more philosophy. In a just world, Icarus Witch would be playing to sold outtheaters

from coast to coast – they have that dramatic charm and musical skills to keep everyone happy and looking forward to future records. 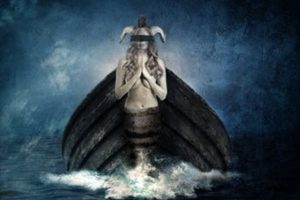