Hyborian – Hyborian Volume I (The Company) 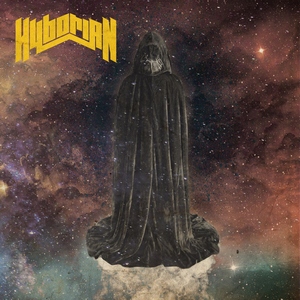 Usually stoner/sludge bands have a tendency to keep this scribe on the backpedal, due to spending too much time playing fuzzed-out, psychedelic riffs that provide little/no energy and meander like crazy. There’s simply not enough visceral edge to maintain interest over time, particularly over successive listens. But Kansas City up and comers Hyborian manage to skirt this pitfall on their debut, Hyborian Volume I.

While some Mastodon and Baroness influences are going to be quick to be called out by many who hear the album, Hyborian possess plenty of their own charm. For one thing, they never get too “spaced out” with their music – it’s direct, straight-forward, and still has some progressive tendencies to keep you interested in the riffing structure. Tasteful, thick riffs that aren’t overly complicated or vanilla provide the strongest suit for the band. Songs like “Blood for Blood” contain just the right combination of what was just stated, with some sneaky progressive melodies at play with some galloping riffs that have an aggressive slant to them. The gruff, clean-ish vocals fit the band to a tee, and provide for some catchy chorus material (see “Maelstrom”) without going the easy, commercial-route. Also working in the band’s favor is that of the run-time, with the 6 cuts at just over a half-hour leads to a focused and deliberate feel to each song, and never loses the listener in overindulgences.

Pleasantly won over by Hyborian Volume I, there’s much that many stoner/sludge bands could learn from this fresh act. Despite the sound having some wear to it (hence the original comparisons), they’ve taken the strongest elements and merged it successfully into something that works for them, and ultimately, the listener as well. It’s fun, it’s heavy – much potential lies here as the band continues to hone their sound.