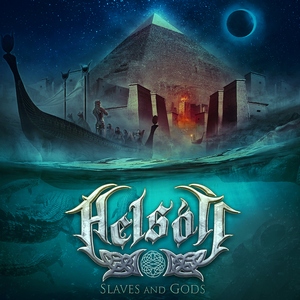 American folk metal act Helsott have been working their particular brand for close to a decade at this point. Able to be distinguished from the mostly European bands within this style for their almost ‘kitchen sink’ approach that includes a heavy dose of death metal, thrash, and symphonic elements, they have been successful in differentiating themselves from the crowd. Slaves and Gods may not be flawless, but it continues the band in their own pathway.

If nothing else, Slaves and Gods sees Helsott continuing to vary and change up their formula. While the basics haven’t changed, in terms of their overall death metal-level heaviness, there seems to be a lot more injections of the melodic variety. This could have put them in a more typical European folk delivery but the band wisely avoid that distinction. The title track, “Trollskald,” and “Winter Smells Like Death” carry the same death/folk/thrash combo that has given Helsott some personal space, and all work to further their songwriting chops with a melodic sensibility. Some songs have a much greater melodic sense, and are a bit more hit or miss. “Honour Thy Valkyrie” is a strong track that uses a fair number of clean vocals but keeps the intensity flowing in a melodeath-like flair. “Eye of the Past,” on the other hand, feels almost clunky in design, with some awkward vocals that takes the listener out of the moment, despite some heavier moments in the track’s second half. “The Coward’s Curse” suffers a similar fate, though some strong melodic guitar aids in making the track a winner overall. To end the album, there’s a cover of Tom Petty’s “Runnin’ Down a Dream,” which seems like it shouldn’t work, but the band turns it into a fun closer without cranking up the cheesiness factor while making it feel like a true folk metal track.

Slaves and Gods does have some growing pains, but at least the band is attempting to shake up the formula and progress. While they do have a vibe that works for them, these additions will likely smooth themselves further into the band’s arsenal with the next release, hopefully combining them into a force that will make Helsott a much more recognized name within the folk metal community. 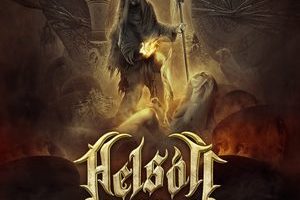