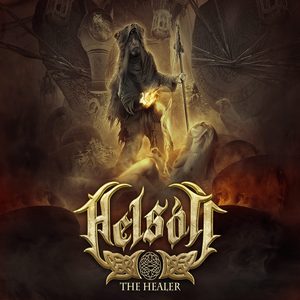 Helsott made their first real impression on the 2013 edition of the Paganfest North America tour and it was surely a favorable one. They followed it up the next year with their full-length debut, Woven, which proved to be a sound carryover from what they had done on the stage. Since that time, it’s been a bit quiet, but not too quiet, as the band has recently signed with up-and-coming label M-Theory Audio and this EP, The Healer, is their first release since that time.

For those unfamiliar with the act, they are an American-based folk/pagan metal act that combines both the aggression of a more melodic death metal-based faction (not unlike Amon Amarth) with the more friendly and occasionally upbeat nature of a band like Ensiferum. The Healer acts as a nice refresher of both sides of the act, with the first two songs, the title track and “Astralive” having a nice combination of heavy yet melodic riffs and subtle folk injections (keys). Eric Dow’s growls/rasps advance the band further into the heavy end of the genre, putting some added weight into the mix. The last three tracks maintain a similar heaviness to them, but carry a little more ‘bounce’ that is sure to get concert-goers moving. If not obvious from the title, “Taverns Tale” starts the transition (is there a tavern based song that isn’t at least slightly jolly?) with a danceable jig in the chorus contrasting with a rather ripping solo and blasting drums later on. The traditional heavy metal opening to “Unconscious Power” is sure to get a grin going with its infectious and triumphant riffing that never dials back. “Epic Battle” ends somewhere in the middle ground, showcasing backing vocalist/keyboardist Steph Robinson to start it off and slowly builds to a catchy, driving riff.

While meandering in familiar waters, The Healer should serve as an excellent (re)introduction to an act with potential in the folk field. There’s a short number of impressive American bands of this ilk, and Helsott seem eager to add their name to that list. They’ve got the chops and the energy, let’s see what they can do with their second full-length. 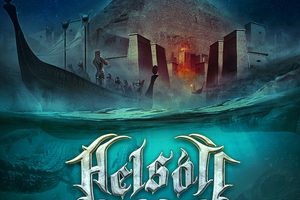