Fragments of Unbecoming have unfortunately flown well under the radar in their decade-long career. From the band’s first EP in 2002, they’ve boasted a hard hitting and edgy style of melodic death metal that has served them well through three full-length albums. Now, number four is at hand, withThe Art of Coming Apart.

After a short acoustic intro, the title track gets things moving with some serious pace. Then the melodies enter and sweep you away blissfully, with the guttural screams from vocalist Sam Atzenberger bringing the song home. Good start, to be certain. “Barren and Bleak” follows with a plethora of searing leads that set a pace-laden tempo to the song of which doesn’t let up. “House

of Suffering” contains a slow buildup of very definitive guitar work, slowly building towards a crunchy and occasionally more up-tempo rest of the song. “A Silence Dressed in Black” is the best offering here, with the most variety in the songwriting, accompanied by hooks that most could only dream of writing.

The most impressive thing about Fragments of Unbecoming is how every album seems to be a bit different than the last, yet still just as effective. The Art of Coming Apart may be their most direct release so far, but it has all of the melodic qualities and chops that have made the band what they are today. And thankfully, Fragments of Unbecoming have avoided being formulaic in any way whatsoever, with each song bringing something different to the table. No contrived verse-chorus-verse patterns on every single song like some bands drive into the ground until they’ve smashed a dent bigger than the Meteor Crater in Arizona.

For those who like their melodic death punchy and with memorable riffs, impact-laden rhythms and sharply written, Fragments of Unbecoming is your kind of band. They certainly are – and have since their inception – for this dude. The high level of quality on offer is of no surprise, continuing the consistency of a band that should be bigger than they are. Lets spread the word, shall we? 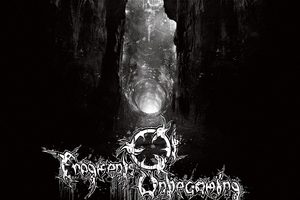