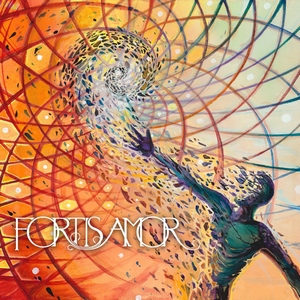 There’s not too many bands out there that can say that they sat on some of their song ideas for close to two decades. But that’s precisely what Ryan Duke has done with his project Fortis Amor. Saving them away, waiting for the right time to release them to the masses. Well, turns out the time is now and with all of the sitting time the songs have had, it works very much in his favor.

The most interesting thing about Fortis Amor is how fluid and timeless it feels. There’s more classically metallic soaked sections, owing some credit to bands like Nevermore and Meshuggah but still an acknowledgement to newer acts such as The Contortionist. An occasionally more esoteric and atmospheric vibe permeates the music, in which some Devin Townsend-esque floaty-ness results. Of course, we could ramble on about the ins-and-outs of influences on something like this all day, but the bottom line is that those that have a hankering for progressive metal of any form are going to see the appeal for this one. First and foremost in reverence are the guitar melodies. Some of the more dreamy moments are where these shine the brightest, such as the somber acoustics of “Bring this Petition to the Castle” or ethereal riffing and vocal combo that ends “Upon Yourself.” Not that heavier moments aren’t utilized to their full-extent, as the crunchy riffing (and tasty solo) of “Holding onto Nothing” will attest. The final two tracks, “Deathless” and “Take Heart” close the album on a high note, serving up just the right amount of balance between melody and aggression. Lastly, the sound of this is more akin to a full band rather than a one-man act, which makes everything that much more impressive.

One of those albums that comes across as a labor of love, it’s clear with the time spent and intricacies involved that Fortis Amor is something worth seeking out. This is progressive metal that can appeal to a wide breadth without compromising its vision.