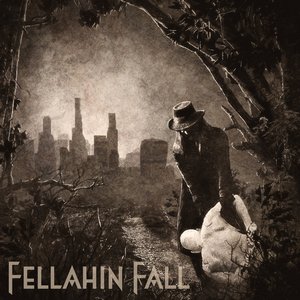 There’s still quite a bit of rush and joy in discovering a new band that just happens to blip onto your radar at the right time. The latest band to hit that sweet spot is that of Brooklyn’s Fellahin Fall. This self-title debut is the first music that they’ve released, yet positions them with some great potential for fans of both gothic and industrial metal…with a touch of doom.

It’s a rare find to hear a band that has established more of their own identity this early on, but through shades and filters of the aforementioned blend of those three genres, Fellahin Fall offers something different to the metal scene. In the three songs that they have presented, they ensnare the gloomy and downtrodden feel of Katatonia while mixing it together with an almost ‘80s-esque gothic vibe, early ‘90s industrial pulse, and sprinkle just a tad of Paradise Lost-ish doom influences. It’s a sound better left for your own ears to determine, that’s for sure. The out of the box and ready for prime-time single here is lead-off “Of Fallen Words” (there’s even a killer ‘industrial/electronic’ version at the end), which has a real hook-monster of a chorus along with just the right mix of dreary/catchy riffs and melodies. It’s bound to get stuck in your head after one listen. The other two tracks “The Shame” and “August” move in slightly different directions while maintaining the depressive tone. “August” leans more towards the doomier end, focusing on some heavier grooves with gentle synthwork in the background, while “The Shame” features some soaring melodies and leads at the forefront and capture a solemn yet addictive feel. Without any growling in the mix, the clean and emotive vocals hit all the right marks – shooting towards that gothic tone when paired with the synth and industrial rhythms.

Fellahin Fall captures just the right atmosphere as we head into the dark winter months. It’s gloomy yet hooky vibes also bring together some nostalgic feelings towards the ‘80s/’90s without overdoing it and instead using it to propel them in a forward direction. If you are big on the more depressive end of the metal spectrum, Fellahin Fall has all the makings of generating some buzz as they progress. 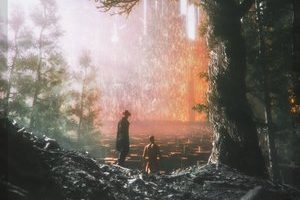