Thursday, 6th May 2021 By Katarina McGinn 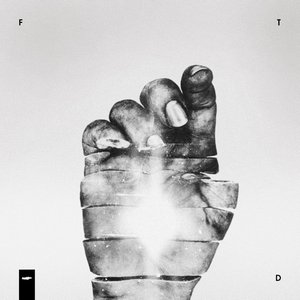 While the complaint of death metal bands becoming sterile in their quest for technicality can be a genuine concern at times, there’s also a growing underbelly that is happy to throw you right into eerie and terrifying corners. Feed Them Death dwells in this creepy underworld, where grindcore, death, black, and more all compete to create a frightening blend of horrific soundscapes that you can’t help but want to investigate further.

Feed Them Death is nothing if not a dark and menacing presence from beginning to end. The avant-garde slurry of genres isn’t one used for window-dressing but the way that they manage to genuinely elicit a bit of fear and claustrophobia from the listener. The grimy and unsettling nature of the material comes from its unpredictability. While opening cut “Superficialibi” mostly sticks to the grind (with a few creepy noise elements mixed in for atmosphere), “Displeasure in Pleasure” starts to loosen the foundations a bit further, introducing more spooky melodies atop the blasting vibes, only for follow-up “Eulogic” to knock down the doors with both moments of explosive bursts and lurching bits of atmosphere (even injecting some jazz vibes) that feel genuinely disconcerting. The way the band toys with melodies and bringing this dark and disturbing angle to them is one of the most fascinating parts of their sound. Closer “The Idiotic Yearning for More” takes this to the fullest extent, utilizing choral-esque singing and screams (in addition to the upfront growls) and enticing yet moody atmosphere to create a spectacular finale.

Negative is an enjoyable yet terrifying trip into the nether realm. It combines an effective blend of extreme genres and uses them to create an experience that’s incredibly heavy, but nuanced with dread. Feed Them Death may be more of an acquired taste because of it, but if you long for some deathly material that sounds more unique in its approach, it’s worth a go.