The Bandcamp world continues to turn rapidly, and it’s a particularly important time as delays with physical media have become more evident. A quick stream/download from Bandcamp is all that it takes to get a quick fix of new heavy metal content. This month we look at Decadence Dust, Feed Them Death, Firelink, Halothane, Indepth, The Oblivion Archetype, Solemnity, and Visions of Disfigurement.

Decadence Dust – Eight of Swords
Eight of Swords is the first full-length from Decadence Dust and it’s a very strong melodic and gothic metal hybrid. There’s electronics on the modern side of things, with the guitars giving it a darker edge – one that is okay with reveling in some gloomy pastures. The vocals are haunting and ethereal, and fit right in the mix with the somewhat crunchy guitars to give it that gothic vibe without making it sound too melodramatic. The result is something that’s quite catchy without feeling any of those ‘commercial’ vibes that sometimes accompany this type of material. A real diamond in the rough with this one – sure to pick up some buzz if enough find out about it.

Feed Them Death – Panopticism: Belong​​/​​Be Lost
Raging and snarling death/grind with a side of noise is the sound at play here. Feed Them Death can toss fast, grinding bits of death with just enough melody laced into them that they can pull the song lengths a bit farther than your average act of this style. This allows for both some of the noise elements to enter, as well as some more atmospheric touches (the moody “Prescience/Evokism III”). There’s a unique and playful style at hand here, even when the abrasion is coming at you in full force. Worth a look if you want something that can grind as well as stick outside of the box.

Firelink – Firelink
Picking up some speed with their debut, The Invertebrate Fire, last year, Firelink quickly returns with a second Dark Souls-inspired romp of glorious progressive metal. Long, expansive tracks are full of exploration and nuance, from quiet atmospheres and clean guitar moments to throttling death/black metal with an ear for melodies. The band can do it all, as well as capture your attention with ease and lure you into their landscape. Fire was a strong release, but this one has all the makings of a release sure to set the underground aflame. One of those ‘too good to stay hidden’ type of releases.

Halothane – The Serpent’s Gaze
Bringing a distinctively Swedish flavor to their Rochester, NY melodic death metal is Halothane. The band’s most recent EP has some clear nods to older acts like Dark Tranquillity, but they also do their best to make sure it’s not a ‘sound alike’ contest either. Some of the twirling, spiraled melodies on “The Lesser Magic’s Wrath” are sure to put you in that Gothenburg mood, with some majestic atmosphere, whereas the follow up track “Terror’s Rite,” is going to get you moving with driving tempos and melodic flair. There’s a lot to like with these five tracks, and an absolute no-brainer if you enjoy old school melodeath.

Indepth – Inheritor
Mexico’s Indepth is sure to tickle anyone’s fancy if they enjoy that prominent bass sound in their progressive death metal. It’s big, it’s playful, and it immediately stands out on as “Contradictions” opens. Obviously there’s more to it than that though, and the band’s mixture of both melodic and technical elements is top-notch. The melodies just seem to ooze from each track and keep it moving forward, with a technical twist that keeps it intricate but it never becomes the obvious focus. The pacing of the EP is great, and really let’s the tracks build up some fantastic atmosphere too (see “Ghost”).

The Oblivion Archetype – A Ballad of Gold and Stone
Modern melodic death metal is something that this scribe personally can’t get enough of. The Oblivion Archetype play right to this niche, merging sounds that range from Trivium to Soilwork in their sound. A clean/scream combination is used, along with some high-flying choruses to get you into the action. The tempos are pretty energetic too, with some mid-tempo churning and driving, faster tempos dominating the mix – just what is needed for this sort of thing. It doesn’t reinvent the wheel, but it’s an easy sell to those who enjoy modern melodeath or metalcore in the slightest.

Solemnity – Through Endless Darkness
It’s tough to say exactly where Solemnity falls in that death/doom divide, but it does help them to standout a bit more. They can throw around weighty riffs that are full of gloom and despair in a pretty sluggish pace (and spice things up with some orchestral arrangements), but they also can turn around and speed things up a bit into more traditionally melodic death metal territory even in the same track (see “So It Ends”). Some solid transitions keep the band from sounding like two different acts, and the orchestral stuff gives them an epic quality at times. There’s a lot of promise held in this five song introduction. 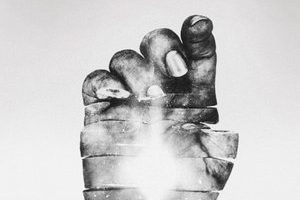