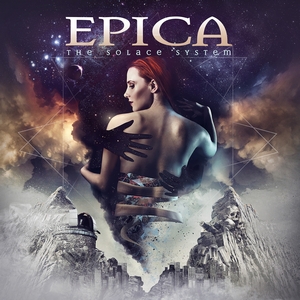 When it comes to EPs of unused material from a previous recording session, it’s a hit or miss situation. While some bands can unearth material that makes you scratch your head as to why it wasn’t released on a full-length (Katatonia), there are just as many times that make the effort feel more like a cash-grab. When Epica announced that their unreleased material from The Holographic Principle sessions, some flags are bound to go up, as the album itself was 72-minutes long. How much first rate material could they have possibly produced?

Turns out, the band was blessed with an abundance of creativity, as The Solace System’s six tracks are able to stand neck-and-neck with anything that was released on The Holographic Principle. While it all came from the same session, and one can expect ‘more of the same’ in that sense, there’s no denying the high quality symphonic metal that the band produced on said effort. Of the tracks themselves, the driving “Fight Your Demons” might reign as the strongest of the bunch, merging the band’s usual bombast with quick and heavy riffing. The chorus certainly fills the ‘raise your fist’ quota for the album, at least until “Wheel of Destiny” swerves in with its own catchy melodic touches. Those who were in search of a traditional ballad on THP will be pleased to hear of “Immortal Melancholy,” which takes full advantage of Simone Simons’ vocal range with sincerity and beauty. The album gives you one final punch with “Decoded Poetry,” carrying the essence of the band’s winning formula – a perfect combo of unapologetically heavy moments countered with more soaring symphonic glory.

Falling securely into the ‘win’ column, The Solace System not only gives Epica fans more of exactly what they want, they manage to do it without sounding stale or releasing inferior leftovers. Epica is currently riding high with their recent material – merely one of the reasons they continue to be one of the leaders in the symphonic scene.