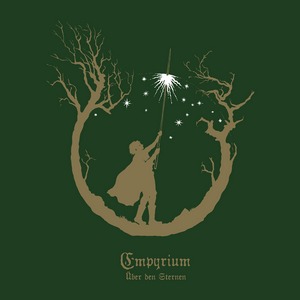 An intriguing band to watch as they shifted from melodic black metal to integrating more and more dark folk influences into their sound. Their last album, 2014’s The Turn of the Tides, was almost entirely neofolk and saw them jettisoning the metal component almost entirely. Intriguingly Uber den Sternen sees them continue with the neofolk aspects, but injects the whole thing with a metallic edge to it.

The folky aspects that were dominating last time around are still present, and it feels like a natural continuation of the gloomy and elegant beauty that characterized their last release. But there’s a greater dynamic at hand with the return of metallic riffs. Keep in mind, this isn’t anything scorching heavy, but it gives an added weight and depth to the music when it creeps in. Take “A Lucid Beckons on the Hills afar” has a real cinematic flair to it, with some of the heavier guitars and snarled vocals allowing the quitter sections to have a more darkly romantic feel to them. “The Wild Swans” also echoes that sentiment, with powerful riffs and growls as the song opens providing an excellent juxtaposition to the gallant croons/choral vocals and almost mystical vibe that the acoustic guitars create. It’s hard to really think of anything other than cloudy skies and gloomy, rolling hills when listening to this album, and that’s not a bad thing at all. The whole release really paints this picture of nature that’s dark, but not brutally dark. It really brings you into a different plane, and that’s one of its finest qualities. It’s an album that should be listened to all at once, in that regard – even if some of the tracks do have some standout qualities.

Uber den Sternen effectively blends Empyrium’s walk into neofolk material and resurrects a heavier side of them with care given to both sides. A magical, sorrow-filled journey awaits the listener and is worth seeking out for an experience that blends elegance and darkness. 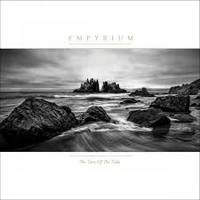 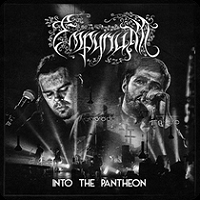