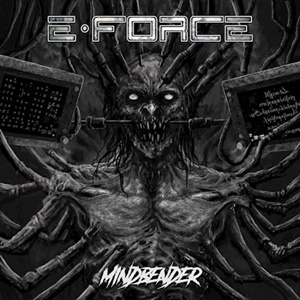 Probably best known for his work during 1994-2001 with Canadian legends Voivod, vocalist/bassist Eric Forrest started E-Force after his time in the group. Currently issuing their fifth full-length Mindbender, the six years between records reveals a new lineup as guitarist Sébastien Chiffot and drummer Patrick Friedrich joined the fold in 2017. Firmly entrenched in the thrash mold, these eleven tracks encompass a mixture of intricate riffs, alternate chord combinations, and potent groove/hook combinations that will remind many of a mixture of his past, familiar stomping grounds as well as some current heavier acts who stretch the boundaries.

The occasional use of computerized/keyboard effects adds haunting, futuristic textures to specific tracks, making “Hellucination” and the follow-up “Hypnotic” favorites – the latter containing drum/guitar support that launches from an older Ozzy Osbourne meets Coroner perspective against the driving double kick/measured screams. When the three-piece delve into those atmospheric crevices of their sound, you get “Futures Past” – a four-minute arrangement built off a circular, clean guitar segment, lower/whispering style melodies, plus additional calm rhythm mechanics that serve as a brief aural cleanser before the next thrash assault hits your ears. At other times the songs go in more of a straightforward stomping direction- the guitars, bass, and drums locking in as one locomotive unit for the title track and “Delirium” – allowing Eric’s raspy bite and sadistic screams to peel paint off the walls. Thick grooves and a mid-tempo main swinging riff give closer “Insect” that Prong meets Voivod charm – Sébastien comfortable switching up his main rhythms and oddly-shaped transitions just as one would expect from the influences growing up in the 80’s/early 90’s. The smaller details give this material extra depth and long-term appeal – you wouldn’t think a three-piece would be able to achieve this, but E-Force garners respect for maintaining that balance between adequate hooks and melodies plus technically sharp songwriting and performances.

Mindbender will appeal to those who love Voivod, but also a mix of Coroner, Prong, Vektor, and others that push dimensions in heavy music. 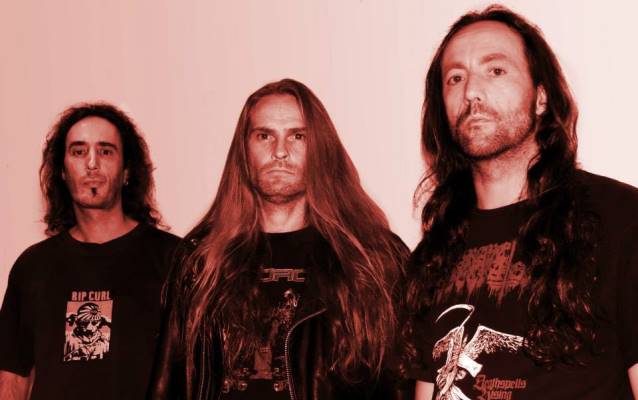 E-FORCE To Release “The Curse” In April