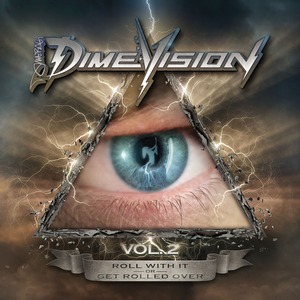 Guitarist Dimebag Darrell’s shocking murder is a date that many of us older metalheads still have fresh in our minds, even if it’s been well over a decade at this point. The first Dimevision, released in 2006, served as a fitting tribute due to its home video quality and ability to portray Dimebag in his natural element. Just move a decade later, Volume 2 serves to offer more of the same, and its sincerity provides another endearing look at one of metal’s fallen heroes.

Those who checked out Volume 1 will be familiar with the footage that is used in Volume 2. There’s plenty of home movie shenanigans, pranks, drinking, and laughter with Dimebag off the stage, and there’s some genuinely funny and touching moments. From buying $100 of girl school cookies to firecracker antics, it’s an enjoyable look at a man who was clearly having plenty of fun in his life. But there’s also ample on-stage footage, which dips back farther, even into the ‘Diamond’ years. Getting to see some vintage 1980’s clips in and of itself is a treat, particularly for the Pantera and Dimebag fans out there. But there’s still more, as we also get some video from the Dimebash and some celebrity tributes. There’s additionally some fan contributions as well, which takes us through some good (and terrible) Dimebag tattoos. What really makes it all come together though, is the sheer amount of love put into the footage, which much of the credit can be traced back to Dimebag’s longtime girlfriend Rita Haney and close friend Daryl “Bobby Tongs” Arnberger. Credits tend to be an area where the stop button is employed, but there was something even there, in the way things were written, that kept this scribe viewing away (not to mention an amusing final scene that breaks them into two parts).

Accompanying the DVD release are five unreleased demos. While the songs may not always be the most metallic (see the 80’s pop-esque “True”), they too offer an unflinching look at Dimebag Darrell. The catchy “Whiskey Road” is a rather poignant piece – southern fried and urgent, while keeping a touching tone. Dimevision Vol. 2 is a no-brainer for its potential audience. Another fitting (and touching) look into Darrell’s life and energy, complete with all of his charisma intact.