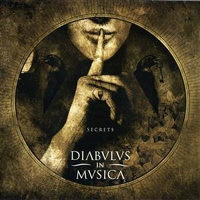 Here’s a bit of trivia for ya: Slayer’s Diabolus in Musica was originally titled Violent by Design. Not like it mattered, for it’s easily Slayer’s worst album to date, something Kerry King goes out of his way to validate nowadays. And it wouldn’t have mattered what they called it – it was a piling piece of garbage anyway. This bears little or no influence on the band in question (who are obviously titled… Diabulus In Musica – notice the “u” swiped for the “o”), but it would be fun to speculate how they got their name. Methinks they like…SLAYER.

Anyway, this Spanish troupe is essentially the Spanish version of Epica. Female vocalist Zuberoa Aznárez has the operatic yelp down pat and when combined with some well-placed male grunts and soft, tender keyboard action, it all makes sense who the band is trying to emulate on Secrets. They can almostwrite songs as interesting as Epica, but of course having Simone Simons in the band is the ultimate difference maker. Sadly, Diabulus in Musica has no such allure.

From the bruising opener “Renaissance,” to down-tuned and festival ready surge of “Lies In Your Eyes,” it’s readily apparent than DIM are playing for keeps. Nevermind the fact they’re hardly original – there are some quality hooks to songs like “New Era” and “Evolution’s Whim.” Even the lush ballad “Lonely Soul” has some legs to it, where Aznárez puts her tasty vibrato to work.

We’ve said it time and time again: the female-fronted metal band field is more crowded than a Japanese subway station. Anything you can do to separate oneself is advised, so in the case of Diabulus In Musica, it could be their name, the fact they’re Spanish, or the fact they’re the Spanish Epica. Many choices here, but we’re more glad they picked Diabulus In Musica as their moniker and not Violent by Design. Too thrashy; not Gothic-y enough. 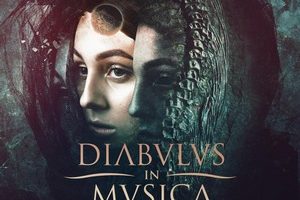 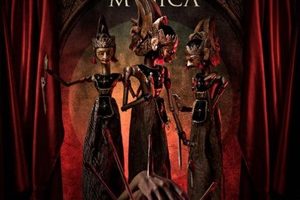