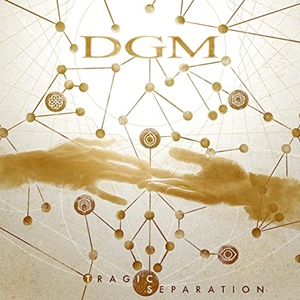 Steadily supplying a heavy dose of melodic power/progressive metal, DGM have been a part of the scene since the mid-1990’s. Weathering natural lineup changes and growing cohesive as a unit, the quintet has remained the same since gaining vocalist Mark Basile for 2007’s Different Shapes album. Following studio silence since the release of The Passage in 2016 – they came out with a solid live double record/DVD package Passing Stages: Live in Milan and Atlanta from shows in their home country and at ProgPower USA the following year. The tenth studio full-length Tragic Separation is a conceptual record from the storyline developed by drummer Fabio Constantino – handling a protagonist challenged by choices, consequences, unanswered questions, and new beginnings as you go down life’s path, and musically as adventurous, catchy, and diverse for listeners to treasure.

These musicians establish a foundation of strong key signature changes and intricate interplay of the progressive, propulsion variety – aware of neoclassical-like charge and spirit a la Symphony X during many of the main riffs and sophisticated instrumental sections of songs like “Fate” where guitarist Simone Mularoni crafts an emotionally uplifting lead break passage and the pounding arpeggio-like heroics from keyboardist Emanuele Casali during the AOR-laden comfort chorus for “Stranded”. When the group wants to reach back into older progressive rock elements for inspiration, the title track provides 70’s comfort like the heydays of Kansas – drummer Fabio providing a solid template for Simone, Emanuele and bassist Andrea Arcangeli to fill all the aural crevices through catchy hooks and amazing transitions. At other times DGM appear confident to incorporate more streamlined ideas of the melodic hard rock variety and twist them into songs that are still their own – the major hooks and vocal melodies for “Surrender” definitely fitting in the Hagar-era Van Halen discography, while the cyber-oriented aspects for “Turn Back Time” could appease many symphonic metal followers against the alluring crunch and progressive riff nature. Mark Basile as a singer continues to be a shining beacon for European power/progressive metal bands to study – multifaceted in ability, range, and conveying proper feelings and texture be it in smoother ways or rising to the heavens. The calmer tick-tock clock and simplified musical aspects to the 2:19 “Curtain” finale probably will throw certain listeners for a loop – but it’s a fitting atmospheric ending to an energetic record.

If you are unfamiliar with DGM, Tragic Separation would be a great starting record to understand all that this band can bring to the melodic power/progressive metal style. Those already accustomed to the act will be appeased too. Along with Vision Divine, one of the best Italian (as well as European) bands in this genre. 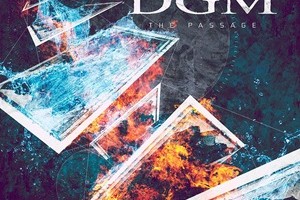