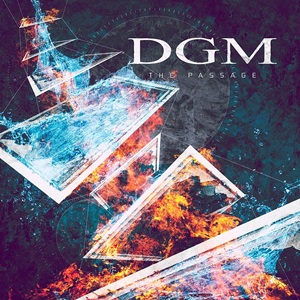 Progressive metal has certain pockets of the world that gain instant appeal – probably due to culture, heritage, and a keen ear on musicianship. Little surprise that Italy is one of those countries – with a love of classical music strong for centuries. DGM hail from Rome, actively recording since the mid 1990’s and now releasing their ninth studio album in The Passage, continuing to build upon their resume as purveyors of melodic, progressive metal.

Assuredly when taking in the intricacies of dazzling guitar/keyboard syncopation, shifting mood dynamics from introspective and sparse to bombastic and free flowing, and the natural multi-octave vocal abilities herein comparisons to leaders like Pagan’s Mind, Symphony X, and the almighty Dream Theater will abound. The key distinction in the case of this quintet is keeping their eyes on the individual arrangements – pushing and pulling in favor of the needs of a song rather than dazzling throughout in technical accolades and patronizing fake glory. A two-part opener like “The Secret” takes up 16 minutes, but contains enough digestible hooks between Mark Basile’s comforting, alluring vocal range (the background supplementation in “Part 2” refreshing), and the guitar/ keyboard layers and transitions that push Simone Mularoni and Emanuele Casali in more of a classic rock/AOR stance over monster shred exercises at every possible turn.

Boldly taking a particular musical melody and adapting it to different time signatures and keys makes for a consistent experience while not stagnating the material – alternative tapping guitar work in “Animal” while thrash tempo nuances float in from time to time on “Portrait” two examples of DGM molding the songs to become as original as possible. The best progressive metal bands know how to create those one or two standout tracks – either through a brilliant twist for a musical hook or a catchy vocal melody that stays with you forever. In the case of The Passage, the title cut combines both between Simone’s circular, semi-evil main riff and Mark’s highway cruising, commercial-oriented chorus, plus lead breaks that trade off and combine to rivet attention and energize the closing third of the song. You’ll also get Tom Englund from Evergrey gracing this record with his supreme emotional vocal range on the heavier “Ghost of Insanity”.

A tranquil, acoustic-driven ballad “In Sorrow” closes the proceedings – and unlike most hour long efforts, DGM give enough diversity to ensure most listeners will take this in front to back without feeling overwhelmed or exhausted. Given the natural evolution of the band, the current incarnation has been together for close to a decade at this point – releasing another strong contender for progressive metal record of the year, especially for those who prefer a more melodic-driven product. 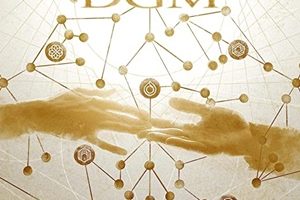