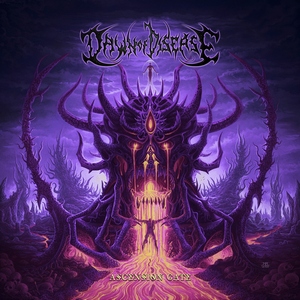 It was just over a year ago when we were checking out Dawn of Disease’s third album, Worship the Grave. These rapid fire releases usually mean one of two things: you can expect more of the same as the band wants to say in the ‘public eye,’ or that the band was truly inspired and had the creative energy for a quick return. Thankfully for Dawn of Disease, it’s a case of the latter, and not the former.

The thing that really strikes upon the first few listens to Ascension Gate is how rooted in melody it is. No one is going to lump them in with the current melodeath movement, but there are some significantly strong melodic traits that keep things interesting. They seem more woven into the band’s sound than on the previous release, and it really helps them step it up a notch. The lengthy closer, “Mundus Inversus” shines as one of the standout tracks due to the band’s ability to toss in a variety of tempos, black-ish melodies, crushing mid-tempo hooks, and a bit of death metal carnage of course. “Akephalos” also melds this visceral death metal stomping (of the Swedish-inspired variety of course) with some interesting leadwork, and “Fleshless Journey” simply basks in these uber-catchy melodies. But all the while providing the needed brutality to pull in the death metal crowd. And speaking of which, as with their previous release, the band benefits from a more modern production that keeps a heavy bottom end – allowing them to feel like a pure death metal act but not too raw or retro-inspired. It’s a road less traveled in this area (outside of tech death) and gives them some individual space.

In need of some new death metal that has the aggressive punch intact while still offering some melodies bound to stay in your head? Dawn of Disease has really hit the mark with this one, and Ascension Gate should provide exactly what you crave. 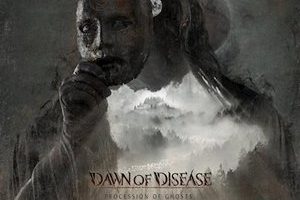 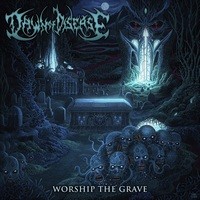