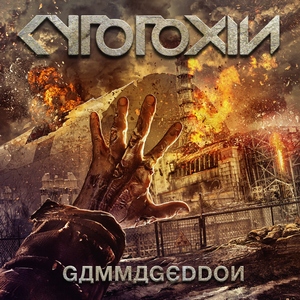 It’s been five years, but the “Chernobyl Death Metal” squad of Cytotoxin has returned. After the one-two punch of their previous albums, one would expect nothing less for a third helping. And to that end, Gammageddon is exactly what you’d hope to gain from Cytotoxin. Just don’t expect any radical changes to the formula at hand.

Focusing the town of Pripyat (and its evacuation with the Chernobyl disaster), Cytotoxin uses the scenario to continue what they do best. For those unfamiliar, think Aborted/Benighted with a more prevalent technical leaning and some occasional slams. The combination is no doubt a good one – the technical flavoring giving the fast tempo riffing worth returning to, while the band knows exactly how to bring the groove when it comes to reining in the tempo at times. They can hit some absurd speeds without worry of losing the listener since they don’t rely on them too heavily; they are equally at ease with the blindingly fast as they are the slow and groovy. Gloriously technical sections like in “Antigenesis” should get your blood pumping and brain stimulated, and then they come in with some groove that will get you moving. The band is pretty set with their formula, but the energy contained within keeps it from providing only a minimal loss.

Gammageddon brings plenty of energy and chaos to the table. Cytotoxin have a blend of influences that work for them, and should provide a wide appeal within the death metal realm. It may not be innovative, but it does hit exactly where it counts, and there’s always something to be said for that in death metal. 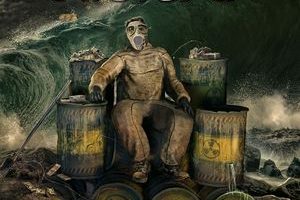