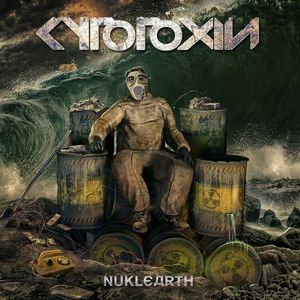 Chernobyl death metal squad Cytotoxin have been growing and building up their sound over the past decade, with 2017’s third effort Gammageddon being a solid entry into the brutal death metal world. A whirlwind of chaos and destruction, it didn’t veer outside the expected territories but was a memorable release nonetheless. Nuklearth, on the other hand, feels like the band has really stepped up their game and delivered on all previous promises to their sound.

That being said, don’t expect any massive shifts from their previous efforts. Instead, Nuklearth tights things up to an incredible degree. Everything that the band works with inside their arsenal, from some tech-y infusions to chunky grooves and occasional melodic forays to frantic energy, all feels more focused and it’s all driven by purpose. That purpose, of course, is to send you reeling backwards in your chair from the band’s brutal assault. “Atomb” starts things off viciously, wasting no time before diving into a pummeling groove sure to get some heads moving. Later speed runs offer an exhilarating thrill but don’t linger too long, instead flexing a few (tasteful) tech muscles and enjoyably showy leadwork and jumping into raging mid-tempo stuff that feels catchy without compromising the energy levels. Some melodic pieces offer a bit of a break from the brutality, such as those offered in “Dominus,” and help the heavier stuff to pop out more. Not normally one for closing outros, the glum and gentle piano of “Mors Temporis” works effectively to give the listener enough of a reprieve that makes immediately returning to the album is enjoyable, and the track works in the context of the band’s continued Chernobyl lyrical attack. As far as aggression occurs, these contrasts help bring it up a notch, and “Coast of Lies” and “Drown in Havoc” are two of the strongest cuts from the band as far as this scribe is concerned.

Nuklearth provides all of the energy and frenetic adrenaline of previous Cytotoxin releases, but also feels more well-rounded and refined. A step that should find the band sitting alongside their peers in Aborted and Benighted as the top of the crop when it comes to material like this. 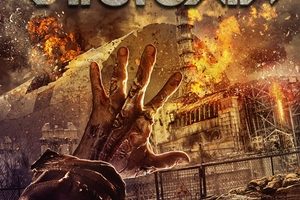