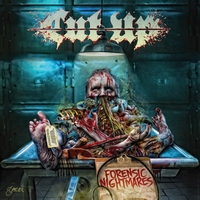 One band that never seemed to get the scene recognition they deserved was Vomitory. Despite their 20+ year existence, when the band folded in 2013, there was no major fuss outside of the die-hards. Thankfully for Vomitory fans, drummer Tobias Gustafsson and vocalist/guitarist Erik Rundqvist felt there were more songs to be made, thus designing Cut Up. Rounding out the band is Anders Bertilsson (Coldworker) and Andreas Björnson (Fetus Stench), who have concocted a rather potent brand of straight-up death metal.

Not quite picking up exactly where Vomitory left off, Rundqvist and Gustafsson don’t veer too far from the beaten path either. This is no-frills death metal that revels in and of itself. Death metal that’s proud to be death metal. Whether they are blasting away at top speed, tossing out vicious mid-tempo grooves, or vomiting up vile roars and bellows, Cut Up have crafted a timeless death metal sound that is sure to appeal to many. Some highlights include a real ripper by the name of “Stab and Stab Again,” the stomping and infectious groove of “Order of the Chainsaw,” and incorporation of some Slayer-esque thrash on “Remember the Flesh.” Cut Up also have a real knack for creating memorable riffs (a must have in this genre), and you can find some real doozies in “Burial Time” and “Bunker Z16.”

Those mourning the loss of Vomitory should raise a deathly smile upon hearing Forensic Nightmares. A thoroughly enjoyable death metal romp that makes no excuses for what it is (and doesn’t claim to be anything more). With a fresh new name, perhaps Cut Up can get some fans clamoring for more, as well as raise a bit of recognition of Vomitory. 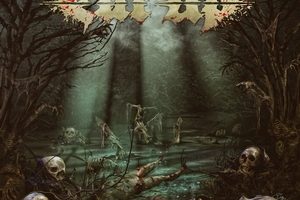 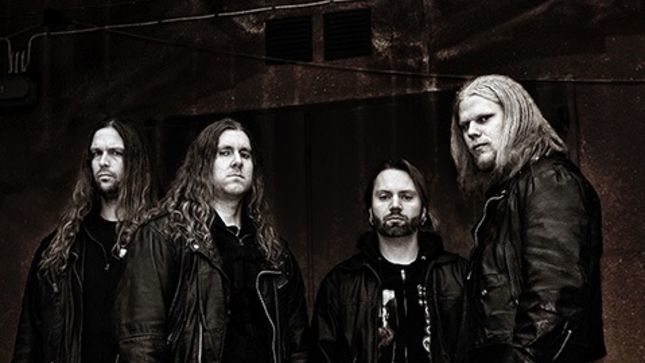