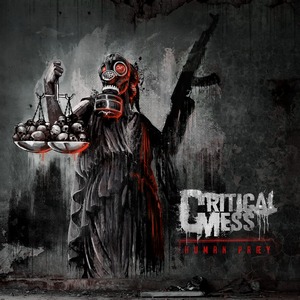 Critical Mess is a new band with a no-frills, take no prisoners approach to death metal. The German act features ex-Cripper vocalist Britta Görtz among their ranks, with Human Præy being their first offering. As such, it establishes the band as being highly adept at the style with attention given to the little details that can make or break in this genre.

If one were to toss out one similar act, it’d probably be that of Abnormality. Critical Mess are fantastically frantic and blistering when the time calls for it (“Pansperm”) but they aren’t afraid to deliver some much needed melody as well. These melodies are never enough to distract from the main point of the whole thing (that being brutality of course), but solid grooves and catchy riffs add some flavor and give you some hooks to leave in your head after the album is done. There’s a clear nod to the old school in terms of the structuring, as well as the incessant go-for-the-jugular mentality, but the band avoid falling into the trap of sounding entirely like their influences by going for a more modern sound and production. The result is one that has some high quality sound behind it, but never loses its visceral edge. Thick, bludgeoning riffs are frequent (along with Görtz’s snarling vocal presence), with pleasantly punchy drums (see “Into Oblivion”) that never overly abuse blastbeats but understand the need for them to add to the aggression.

Human Præy never strays outside the usual death metal lines, but nor is it a necessity for enjoyment. Each track is well put-together, with plenty of vitality and feral intensity to back it up. The type of album that you can put on and vent those inner frustrations, yet still have a recollection of the riffs and melodies that were housed within to bring you back for another round. 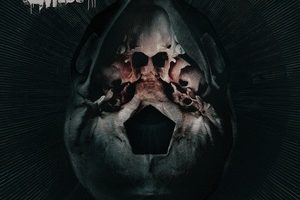