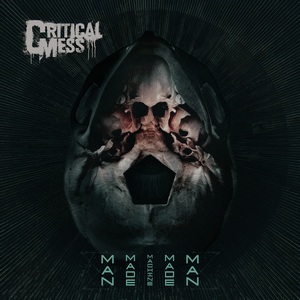 Just slightly over a year ago, Critical Mess made their debut with Human Præy, which was defined by its go for the throat approach to modern death metal. It was brutal and stuck to the usual marks, but effectively served its purpose. The same can be said for Man Made Machine Made Man (say that five times fast!).

MMMMM sticks to much of the same ground as its predecessor. The tempos swing between more fast-paced and blasting moments of exhilaration and thick, chunky grooves. The Abnormality comparison still feels appropriate, though Critical Mess is a bit more straight-forward in their riff delivery. Britta’s vocals pack an undeniable powerhouse punch and stay brutal from start to finish. The strongest aspect of the band is still the ability to conjure up a feeling of intensity and aggression without it feeling completely bland (as some bands of this type end up being). If you are looking for an adrenaline rush, you’ve found the ticket here. If there’s one area for improvement, its that too many of the songs follow the same sort of pattern in their approach. While there’s some melodies and solos to help counter this, the only two that seem to drift away from the formula are the title track and “Bias,” which include some more slow paced and near doomy vibes in the music.

Critical Mess is nothing if not consistent. While some of its lasting power is tainted by the similarities between tracks, there’s still plenty of brutal energy to take in from it. Those seeking that abrasive touch to modern death metal will be quite taken by it. 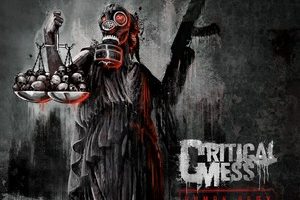