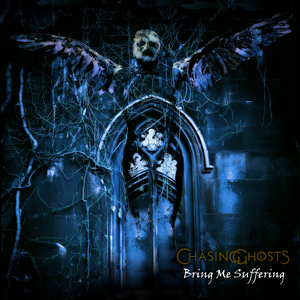 Chasing Ghosts first brought us These Hollow Gods two years ago, carrying with them the rich tradition of UK doom with them. The influences of their homeland were apparent, but they also were able to begin spreading their own wings at the same time. Best of all, it felt gloomy without being sappy. Something that the three track EP Bring Me Suffering continues, as well as improves upon.

The most immediately noticeable piece to Bring Me Suffering is the addition of female vocals to accompany the sorrowful croons of Nelson Cancini. All three tracks feature Melissa Pettitt alongside Cancini, and the pair never fail to impress. The serene quality of Pettitt combined with the gothic dreariness of Cancini gives a bright glimmer within their gloomy waters. Also augmenting the feelings of doom is some excellent string use, most particularly on “A Darker Place,” where it dramatically opens the song in an elegant and somber fashion – moving along with the depressive riffs and the combined vocal work of Cancini and Pettitt. With the short nature of the EP, all three songs have to really leave an impression and they do. Each plays its own part, from the heavy and cinematic rumblings of “Until the End” to the gloomy yet addictive feeling of “A Darker Place” to the somewhat more driving and gothic rock soaked title track. The vocal work shifts with each as well – don’t expect a clichéd pairing of both singers to occur and the way the vocals switch up on each track is as fulfilling as the musical shifts.

Bring Me Suffering is short but sweet in its morose and gothic flavoring. One can hope that the male/female vocal pairing continues into the future, as it really augments the band’s gothic/doom vibes (Pettitt is listed as a guest vocalist). Most of DR has a soft spot for well-done doomy material, and Chasing Ghosts is fast becoming a notable presence in this area. Excellent stuff for wallowing in some rainy day despair. 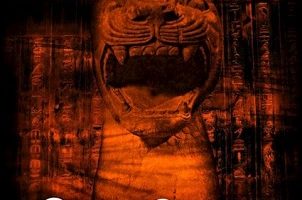