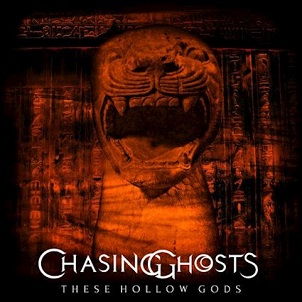 A dark, atmospheric rock band from the U.K., Chasing Ghosts — to no surprise whatsoever — cull influences from Anathema and Paradise Lost, the latter being of the most significance here. At the turn of the century, PL had completely drifted into lighter, but no less melancholic territories on Host and Believe in Nothing, which in some respects, became a template-setter for not-quite metal bands to barge in on. It’s about where Chasing Ghosts sits on their These Hollow Gods debut; there’s heaviness, yeah, sure, but it’s in the subject matter that accompanies the melancholy.

Vocalist Nelson Cancini is about as good of a fit or even demonstration for this style. He’s soulful and can croon, but that never-ending tint of darkness that comes over his voice is what provides identity here, in particular on album opener/lead single “Everything Changes,” where he’s adept at carrying the tune through the daunting melancholic rock terrain. While there’s the occasional dalliance with plain ‘ol commercial rock (“From Depravity”), the regular sob and melodic incursions on the guitar front hover and clip Eternity-era Anathema, which, if you have any taste whatsoever, is a splendid thing.

We’re always, if not perpetually up for a down-in-the-dumps foray such as this, Chasing Ghosts serving the countrymen and even the entire dark/Goth sphere rather well across These Hollow Gods. Believe it: There’s a real trick to navigating these waters, the fine line between sounding contrived and sounding earnest. Chasing Ghosts appear to be the genuine, dour article. 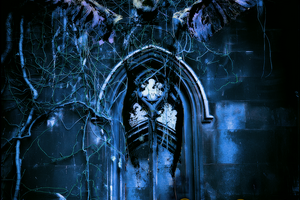