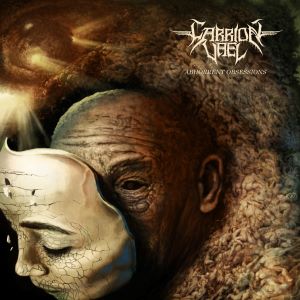 At this point one of the first bands this scribe thinks about when adrenaline rush technical death metal comes up, Carrion Vael have worked their way up the ranks with their previous releases.  From independent act found on Bandcamp to 2020’s God Killer on Horror Pain Gore Death Productions, to now signing with Unique Leader for their latest effort in Abhorrent Obsessions, they’ve advanced their craft and honed in on what works best for themselves.  As a result, Abhorrent sits as their strongest effort to date as well as a nice entry point for those discovering them due to a larger label exposure.

As with God Killer, Abhorrent Obsessions offers impressive speed runs without delving into monotony.  Pulse-pounding death metal is the name of the game, and things get off to a solid start with “Wings of Deliverance,” while still showcasing how they have advanced themselves as a band.  As the lengthiest song on the record, it moves from a brief introduction into a mid-tempo territory with some ear-grabbing epicness to it before they dive headfirst into the fast stuff.  The Black Dahlia Murder-isms are still present, but it never detracts or feels like too much of a direct influence.  Part of the speed attraction is in the riffs, since the band wraps playful yet intricate melodies into each track, and it’s easy to have one grab you.  The amusingly titled “Kentucky Fried Strangulation” eloquently swerves between speed runs, churning mid-tempo grooves, and sprinklings of more epic, atmospheric bombast to keep the listener intrigued.  The melodies also slip into the vocal work in a few brief moments, such as the clean vocals that naturally weave into “Tithes of Forbearance,” giving the track an extra dose of grandeur.  It is noticeable the emphasis put into incorporating more atmosphere with Abhorrent Obsessions, in the aforementioned tracks as well as others like “The Paint Shop” and “King of the Rhine,” which actually work to make the songs feel a little heavier by crafting a larger dynamic.

No complaints with Carrion Vael’s continued evolution on Abhorrent Obsessions.  The visceral edge of the band has stayed remarkably sharp, as they successfully insert more variety and flavor to each of the tracks.  Considering how many acts of this ilk turn this sort of thing into something either sterile or a clusterfuck of moving parts, Carrion Vael deserve some praise for putting together everything in it’s right place and giving you an adrenaline rush at the same time. 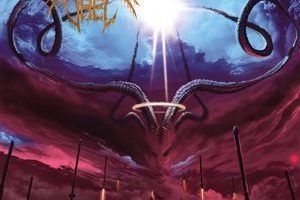