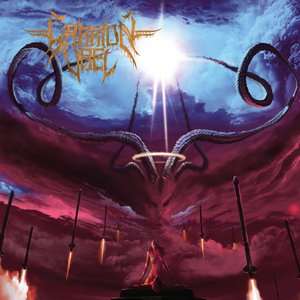 We first got acquainted with Indiana’s Carrion Vael with their debut release, 2017’s Resurrection of the Doomed, on Bandcamp. While it wore it’s influences on its sleeves, it didn’t stop it from being a completely enjoyable debut that continued to carry the torch for melodically inclined fans of death metal (certainly in the vein of The Black Dahlia Murder). God Killer is the band’s follow-up, and sees them stepping up their songwriting game while continuing to deliver that adrenaline rush of speed.

The band wastes literally no time on “Inception” in raising the tempos into the fast and furious zone. They do a great job of capturing that exhilarating rush that the genre can provide, and also focus on making the riffing and melodies memorable as well. Other tracks like “Black Chariot” and “Waratah Blooms” follow in this same spirit, even if the latter does also indulge some slower moments to give the listener a well-deserved second to catch their breath too. For all of the good that the band does in their execution of driving, thrashy tempos into their melodeath-esque formula, some of the quieter moments towards the end of the disc tend to stick out as well. “La Fin du Monde” opens with an extended, atmospheric introduction and it does a nice job of setting a mood before the band blasts off into hyperspeed and blastbeats. A moody solo towards the end of the track also reinforces that same notion. Final cut “Psalm of Lies” revels in some gloominess for a few moments as well and gives it that big, epic finale to make the listener eager to dive back in for another round. The atmosphere here is a nice change of pace, and gives the more vicious sections some more material to feed off of.

If you want your death metal with plenty of aggressive speed and attentive melodies, Carrion Vael deserve a few seconds of your time. God Killer scratches the itch for that frenetic speed rush but takes enough care with the melodic portions that they can pull it off without sounding like 8 different variations on the same theme. 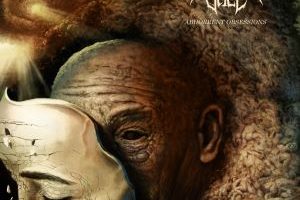